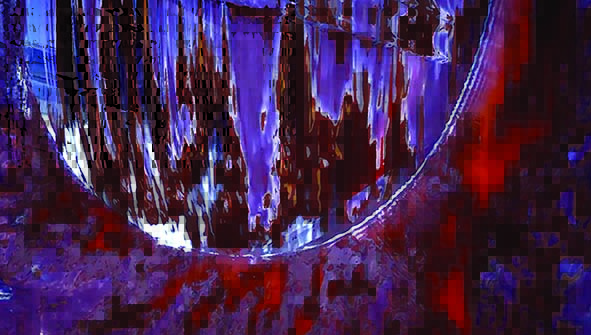 Federico Ruberto’s “Models and Fictions: The Archi-tectonic of Virtual Reality”  is the second chapter of “Virtual Aesthetics in Architecture – Designing in Mixed Realities”, Eva Castro’s  “Form Axioms: ‘The Politics of Mapping the Invisible” is the 25th chapter of the book.

The publication is edited by Sara Eloy, Anette Kreutzberg, and Ioanna Symeonidou, published by Routledge, 2021.

“Virtual Aesthetics in Architecture: Designing in Mixed Realities presents a curated selection of projects and texts contributed by leading international architects and designers who are using virtual reality technologies in their design process. It triggers discussion and debate on exploring the aesthetic potential and establishing its language as an expressive medium in architectural design. Although virtual reality is not new and the technology has evolved rapidly, the aesthetic potential of the medium is still emerging and there is a great deal more to explore.

The book provides a comprehensive overview of the current use of virtual reality technologies in the architectural design process. Contributions are presented in six parts, fully illustrated with over 150 images.

Recent projects presented are distributed in five themes: introduction to mixed realities; space and form; context and ambiguity; materiality and movement; body and social. Each theme includes richly illustrated essays by leading academics and practitioners, including those from Zaha Hadid Architects and MVRDV, detailing their design process using data-driven methodologies.

Virtual Aesthetics in Architecture expands the use of technology per se and focuses on how architecture can benefit from its aesthetic potential during the design process. A must-read for practitioners, academics, and students interested in cutting-edge digital design.”

Chapter 1: A Concise History of VR/AR in Architecture

Chapter 2: Models and Fictions: The Archi-tectonic of Virtual Reality

Chapter 4: Wish You Were Here: Virtual Reality and Architecture

Chapter 5: How Architects Are Using Immersive Technology Today, and Projections for the Future

Chapter 11: VR as a Tool for Preserving Architectural Heritage in Conflict Zones: The Case of Palestine

Chapter 13: Action Over Form: Combining Off-Loom Weaving and Augmented Reality in a Non-Specification Model of Design

Chapter 14: Blending Realities: From Digital to Physical and Back to Digital

Chapter 15: The Robotic Dance: A Fictional Narrative of a Construction Built by Drones

Chapter 20: The Aesthetics of Hybrid Space

Chapter 25: Form Axioms: ‘The Politics of Mapping the Invisible’