[General Text]  The course focused on the town of Zhoukoudian, located on a rural area 46km South-East of Beijing, mainly famous for its archeological site, where important prehistoric rests of the so-called Peking Man were found. The local economy, traditionally linked to the extraction of carbon and cement, is undergoing a violent transformation: most of the mines and processing plants have been shut down to reduce the contamination of Beijing metropolitan area and protect the archeological site, leaving a big part of Zhoukoudian’s population unemployed. The four projects propose different solutions to implement a long-term economic regeneration of the site, while recovering its natural and cultural conditions. They can be considered as complementary interventions of a bigger regional plan.

[Project 1 Text] “Loop Life”: The closing of local mines and primary processing factories leaves a series of problems and opportunities for the future development of the region. On the one hand, the extremely polluted terrain requires a long process of reclamation before it can become again productive landscape; on the other, the abandoned factories provide very interesting post-industrial scenarios for all sort of cultural and sport events. This project proposes the creation of various programmatic loops around the Peking Man site that connect all the existing cultural attractors and the newly available industrial areas. Different functional nodes are located along the paths taking advantage of the specific characteristics of each site, creating multiple possible itineraries for pedestrians, bicycles and cars.

[Project 2 Text] “Archeology”: In 1987 Zhoukoudian Peking Man Museum and its surrounding archeological site have been granted the condition of World Heritage Site, attracting an average of 300.000 visitors per year. An extension of the museum has already been planned and could become an important catalyst for the local tourism. Rather than confining the new development in a single iconic building, the project proposes an innovative model of open-air museum that would better interact with the surrounding site and could more easily incorporate new forms of educational activities. A study of the existing archeological techniques and the natural conditions of the site (topography, soil, orientation, hydrology, etc.) generates a precise sequence of excavations and provides clear guidelines for the creation of new infrastructures and building facilities. Thus the museum develops according to a phasing strategy that reflects the open-ended dynamic character of archeological explorations.

[Project 3 Text] “Eco-corridors”: This project considers the importance of the natural elements of Zhoukoudian and their potentials to enhance a regional area of ecological preservation. Analyzing the habitat of three different animals – the frog, the squirrel and the pheasant – as exemplary of the different types of local fauna, the students proposed the creation of a series of eco-corridors that mediate between the wild mountainous areas and the future urban development. Some points of observation are located in strategic intersections of these corridors to allow the interaction between anthropic and wild life. A series of small buildings is designed as part of a scientific campus for the study of the local fauna.

[Project 4 Text] “Agri-culture”: Agriculture could have a strategic importance for Zhoukoudian’s economy, but it is currently obsolete and underdeveloped. New possible synergies with tourism and pharmaceutical industries are explored through the development of an innovative localized distribution system and the optimization of the production process, associating specific crops to the different conditions of the soil, topography, orientation, water availability, etc. The understanding of the techniques and functional requirements of the crops provides a new spatial organization for the site, generating a new water system. 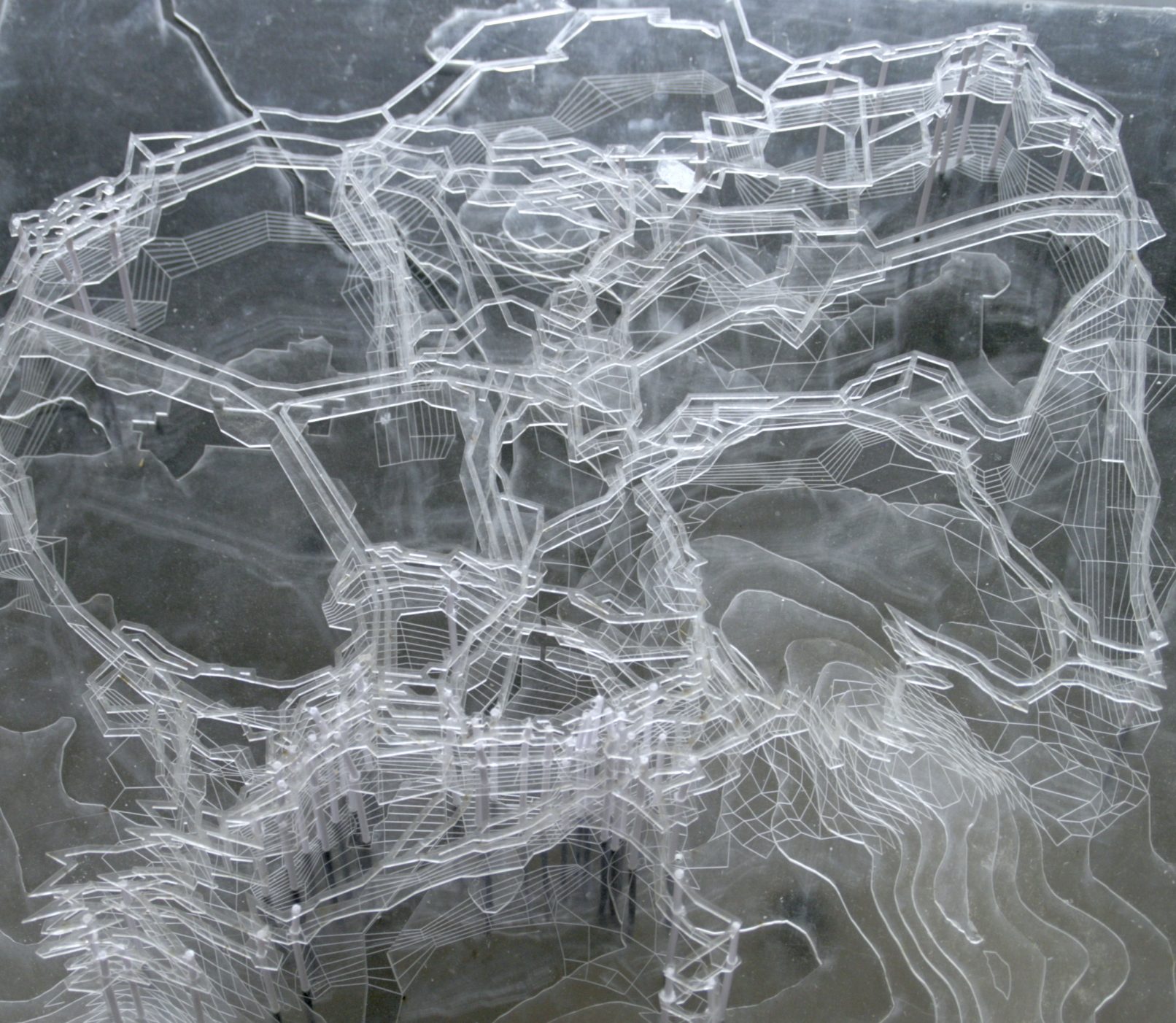 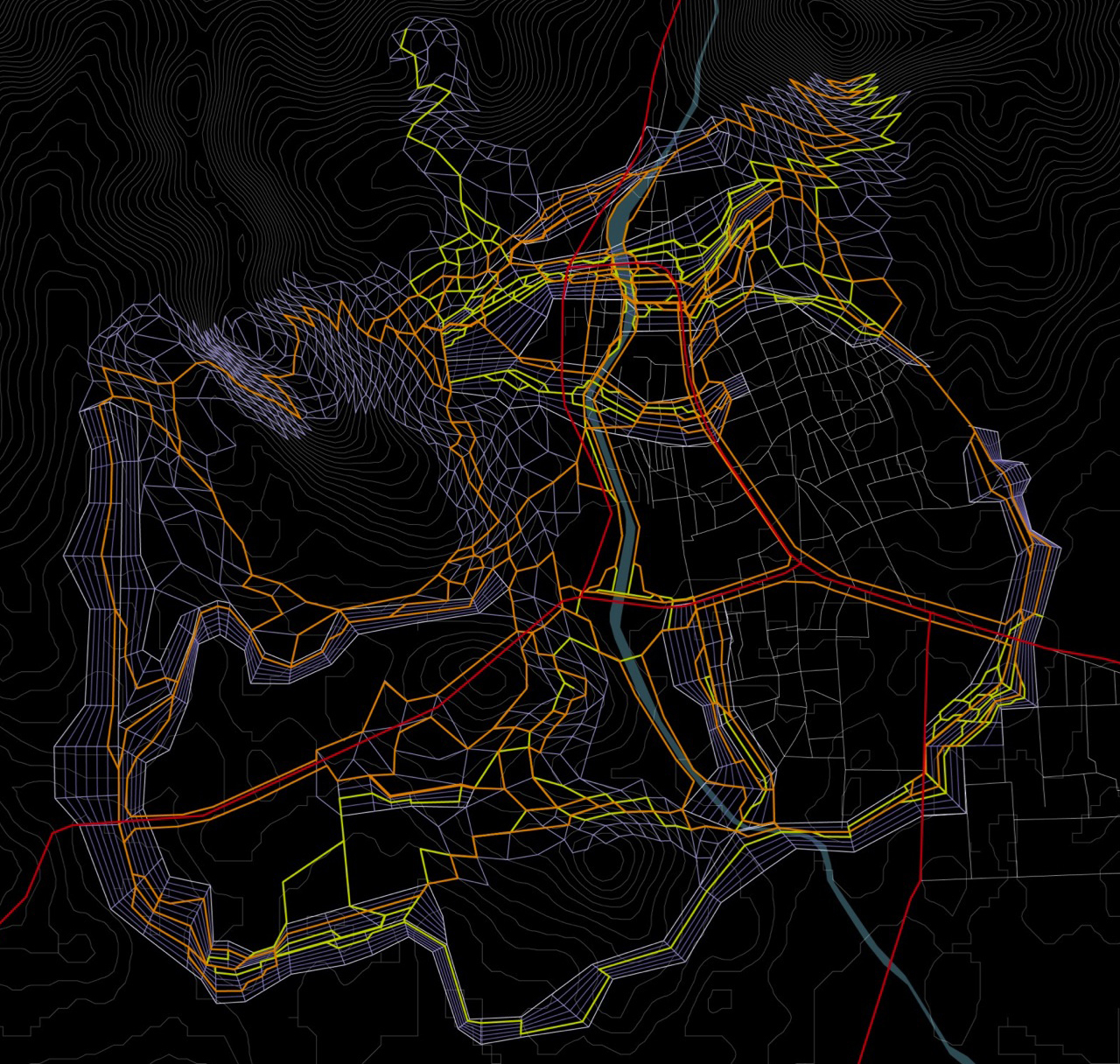 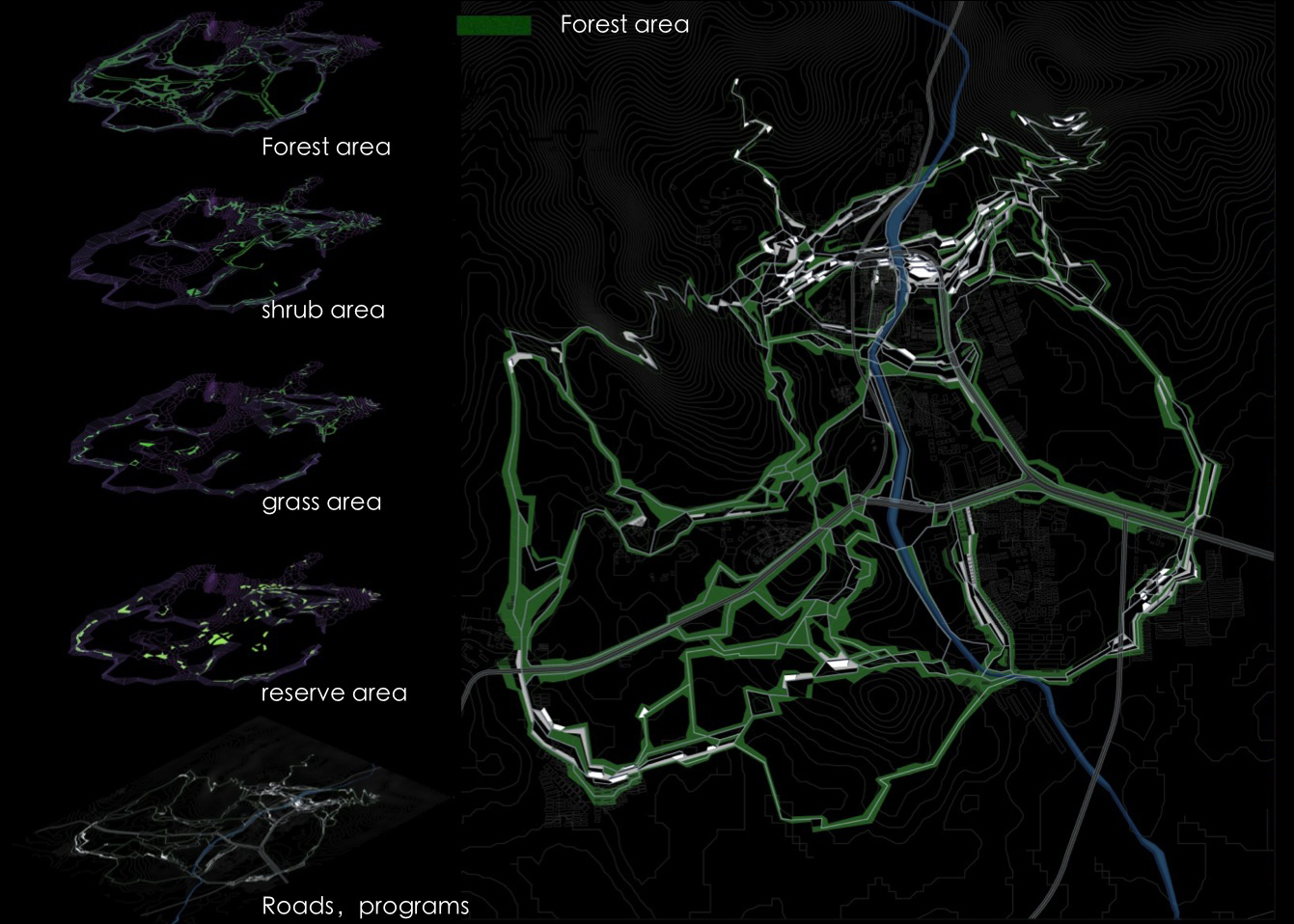 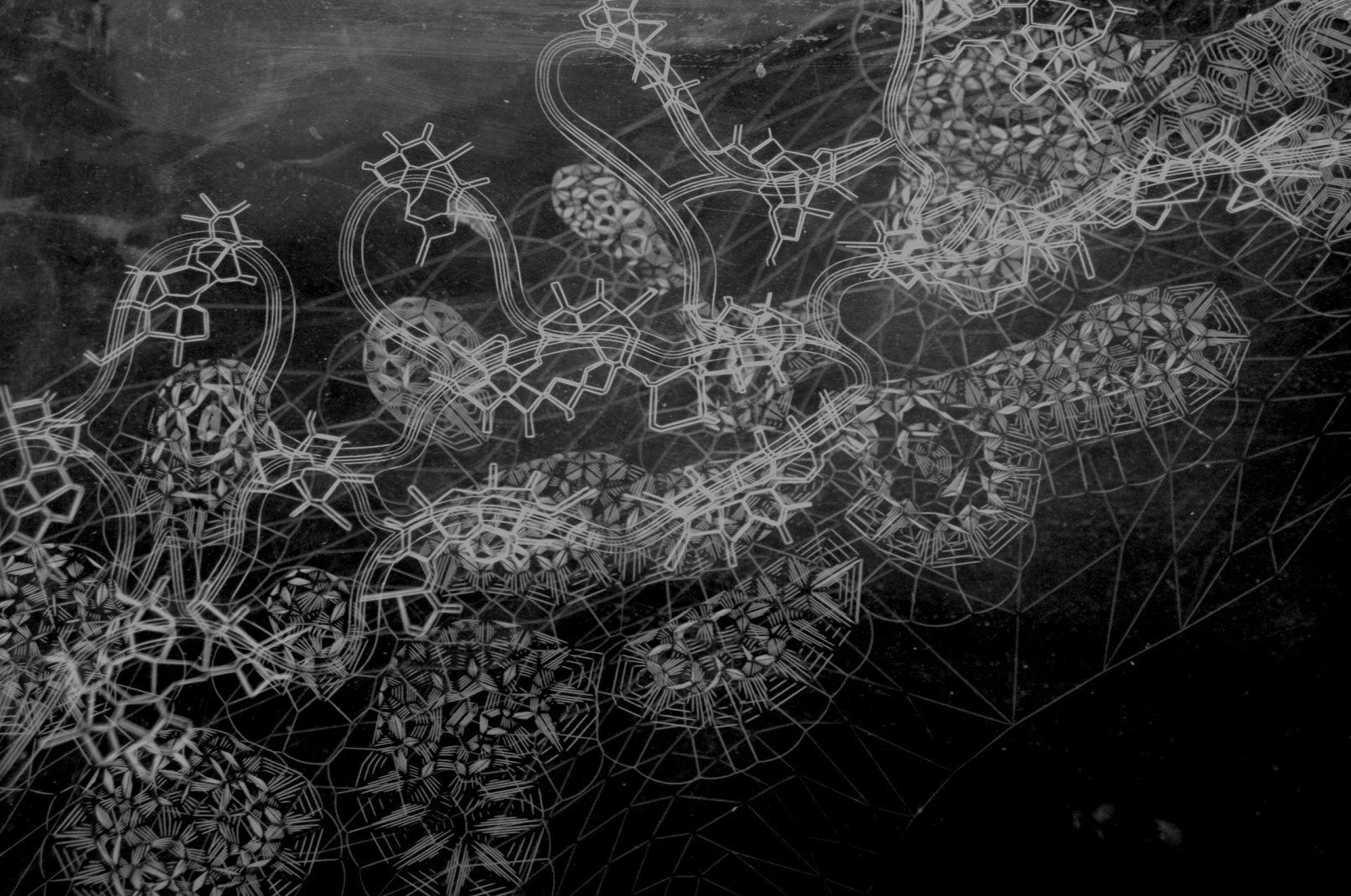 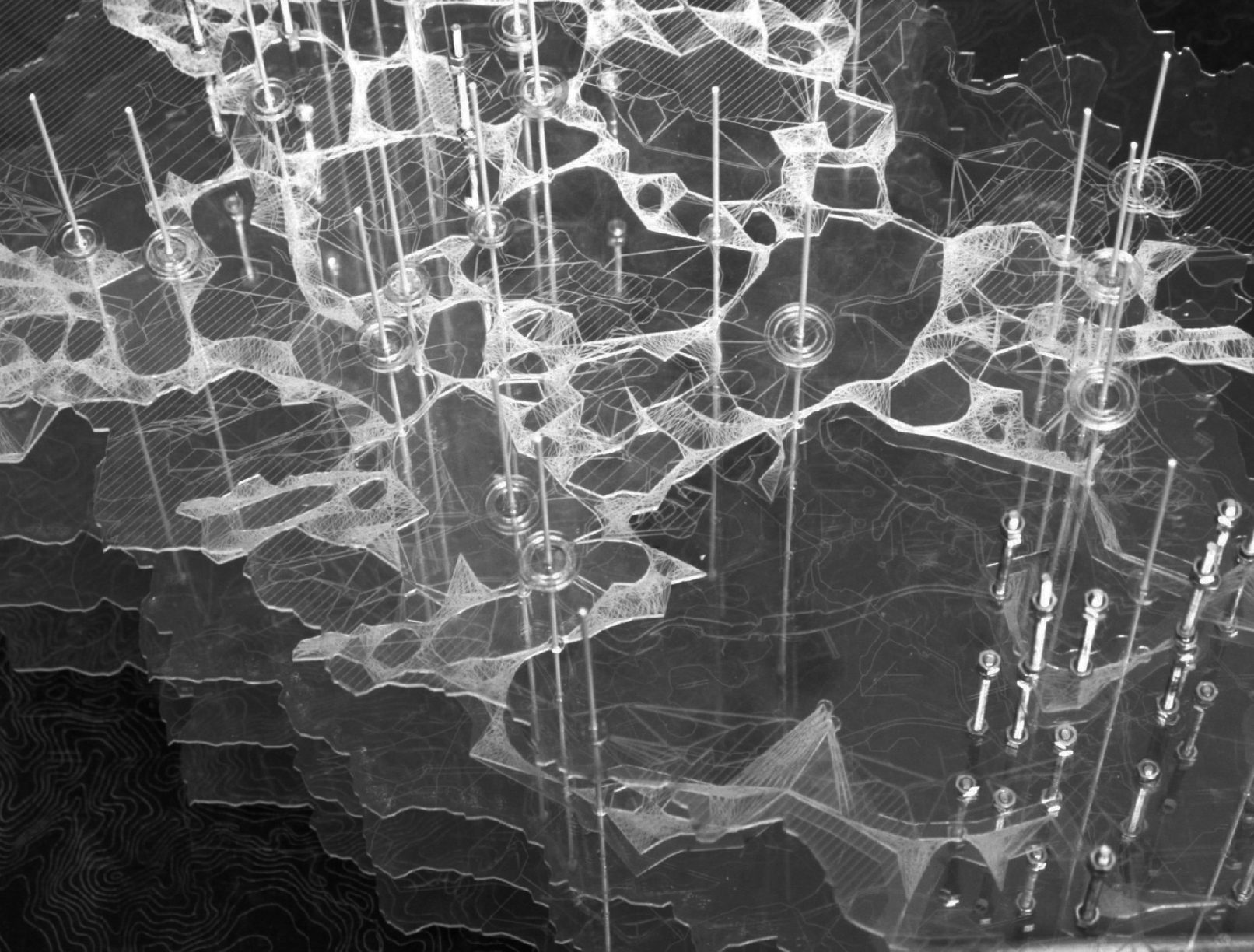 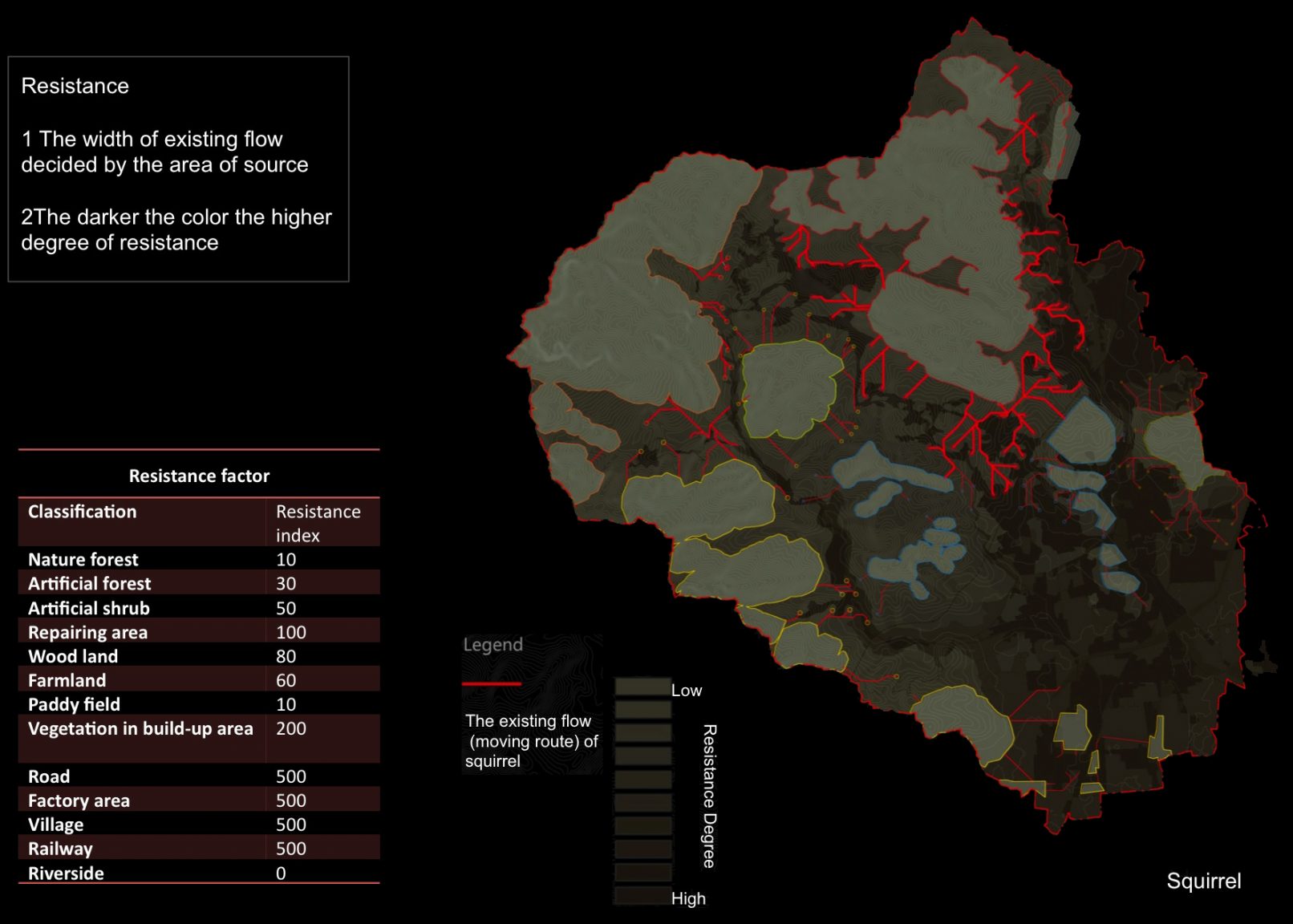 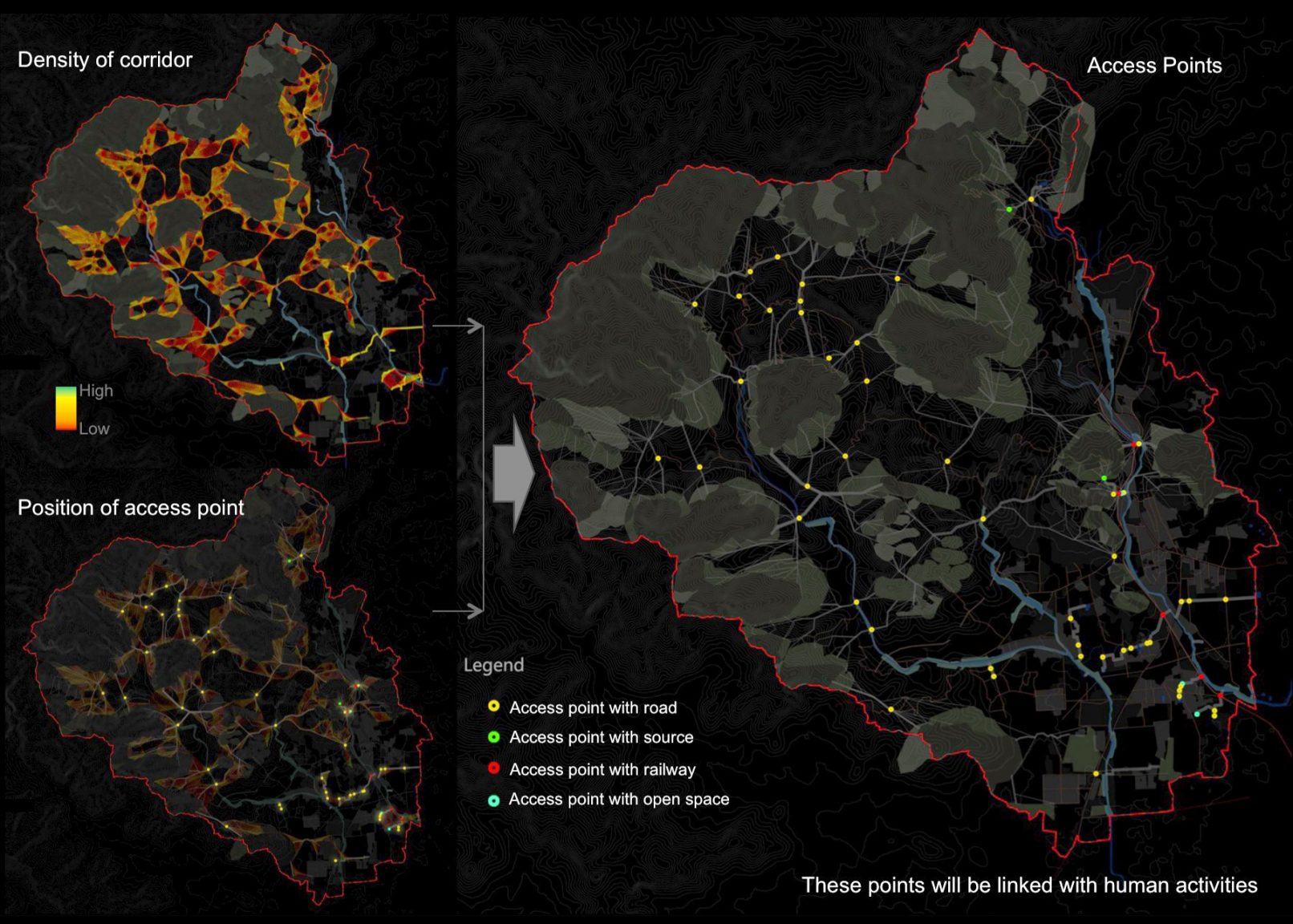 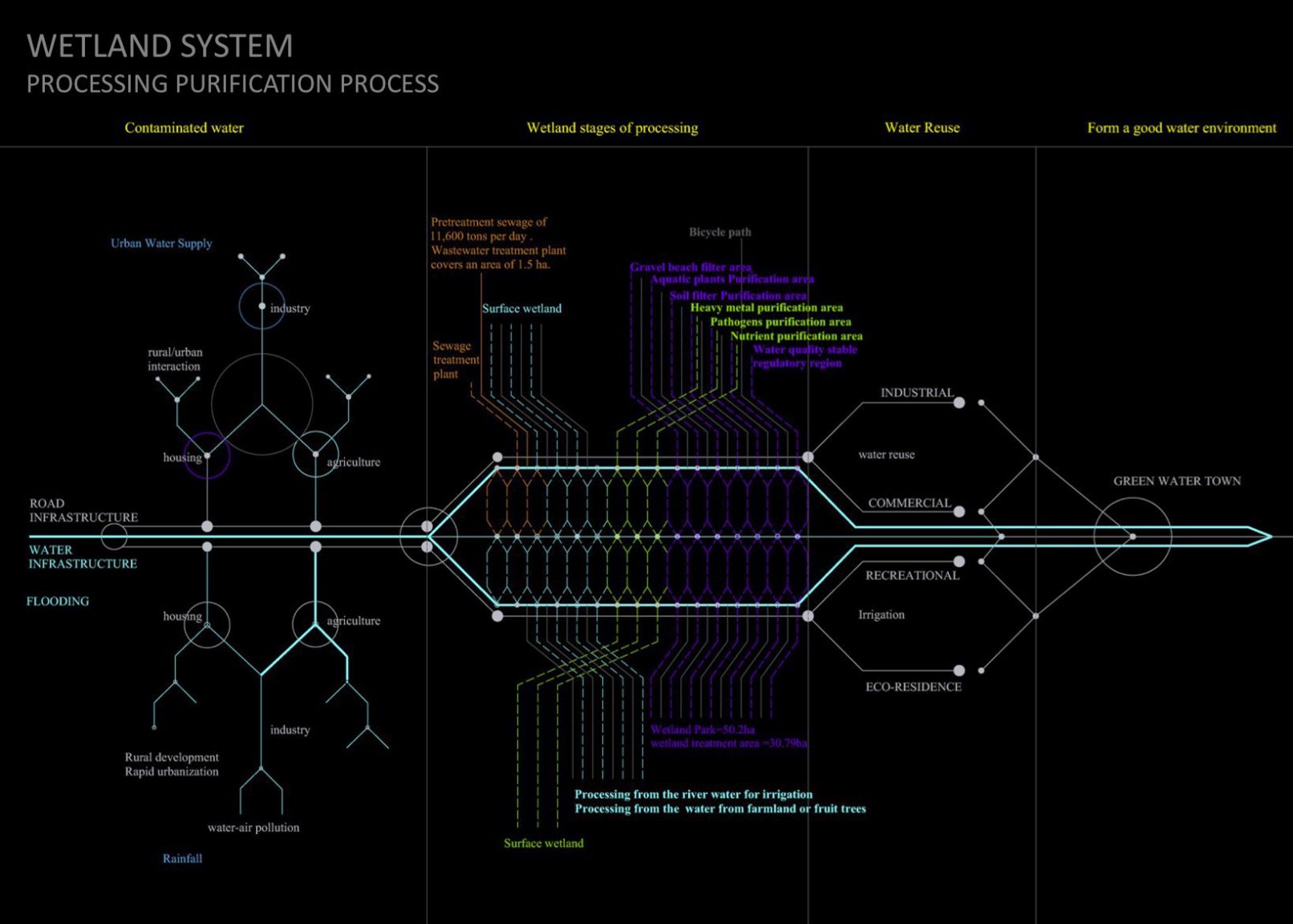