[General Text] The course focused on an area of 300 ha located in Northwest Beijing, next to the Summer Palace. The site was formerly occupied by rural villages that have been mostly demolished to provide space for a future water reservoir, directly connected to the new South-North Canal. The rest of the site is planned to become a public park, as part of the new city greenbelt. The artificial lake will be a crucial element of Beijing water system, but its location in the very centre of the site and its geometric configuration, with a wide protective buffer zone surrounding it, practically cut the future park in two poorly connected parts. The proposals aim to reorganize the water infrastructure in order to achieve the same quantitative goals of the original masterplan through a more functional spatial layout for the rest of the site. The exploration of five different systems of material organization gave the students a geometric base to support their design proposal. The students developed a big variety of design agendas that derive from their understanding of the site intrinsic potentials and its relationship with the Summer Palace and the surrounding neighborhoods.

[Project 1 Text] “Branching”:The team designed a park that works as a source of solar power for the adjacent urban fabric. To achieve this goal, the site is configured through two interconnected layers that not only work at the infrastructural level, but also create interesting spatial conditions for the public areas. The first layer is a new topography, organized in terraces: the slopes are defined according to their sun exposure and covered with photovoltaic panels to absorb the solar radiation, while the horizontal areas host the more conventional park activities. The second layer of the system is formed by a new series of lakes at two different elevations. The excess of power produced during the day can be used to pump the water from the low to the upper lakes; during the night the high water is then released to produce more electricity.

[Project 2 Text] “Clustering”: This project proposes the construction of a new micro-topography that helps regulate the surface water-flow of the park. In the dry season, a branching system of canals and wetlands collects the rainwater and treats the grey water from the adjacent neighborhoods. During the wet season, the same water network helps mitigate the flooding risk. The program of the park is organized in a way to guarantee a smooth transition from the artificial / urban to the new natural conditions and the functional clusters take advantage of the new slopes and the proximity to the water bodies to recreate particular spatial layouts.

[Project 3 Text] “Tiling”: Similarly to the previous design, this project stems form the idea of converting the park in an active infrastructural element that can treat grey water and create a more sustainable water cycle for the surrounding buildings. The exploration of innovative block typologies allows a stronger interaction between the green and the urban fabric and generates a new hybrid system, where the buildings are fully integrated within the park.

[Project 4 Text] “Bundling”: Starting from the consideration that urban agriculture is an expanding phenomenon, this project aims to recover the agricultural production that characterized the site in the past centuries, creating a new layout that optimizes the use of water and organizes the movement of cars, bicycles and pedestrians around the site.Thinking of the park as a prototype for more productive landscapes to “invade” the city, a series of educational activities is also implemented in order to stimulate an interaction between the crops and the more public areas.

[Project 5 Text] “Weaving”: This proposal tries to regenerate the local economy through the elements that are already embedded in the site: the existing patches of tree nursing and the tourism generated by the adjacent Summer Palace. The new masterplan creates a series of bands where the flow of tourists and the new nursing areas interweave creating moments of spatial intensity. 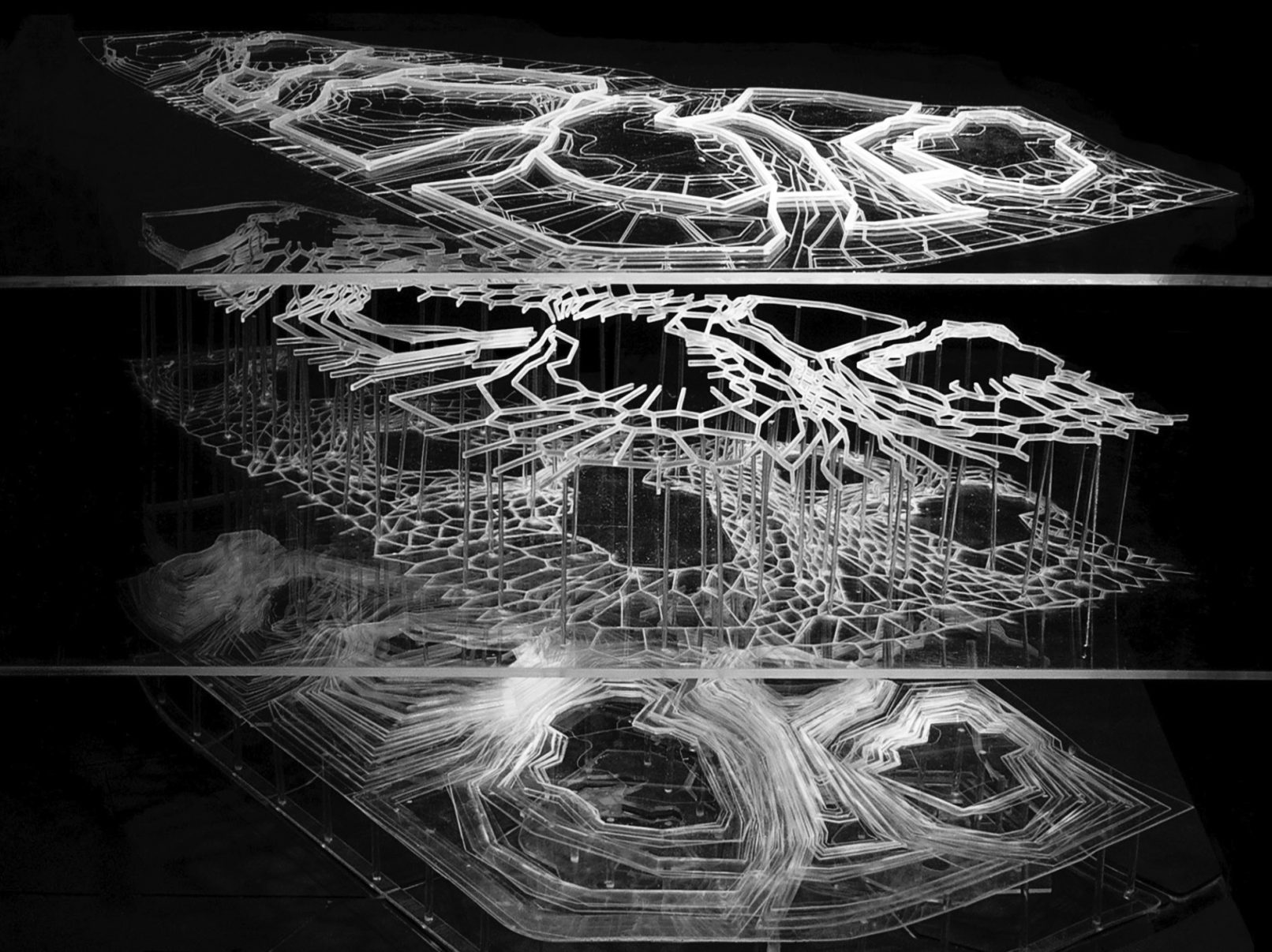 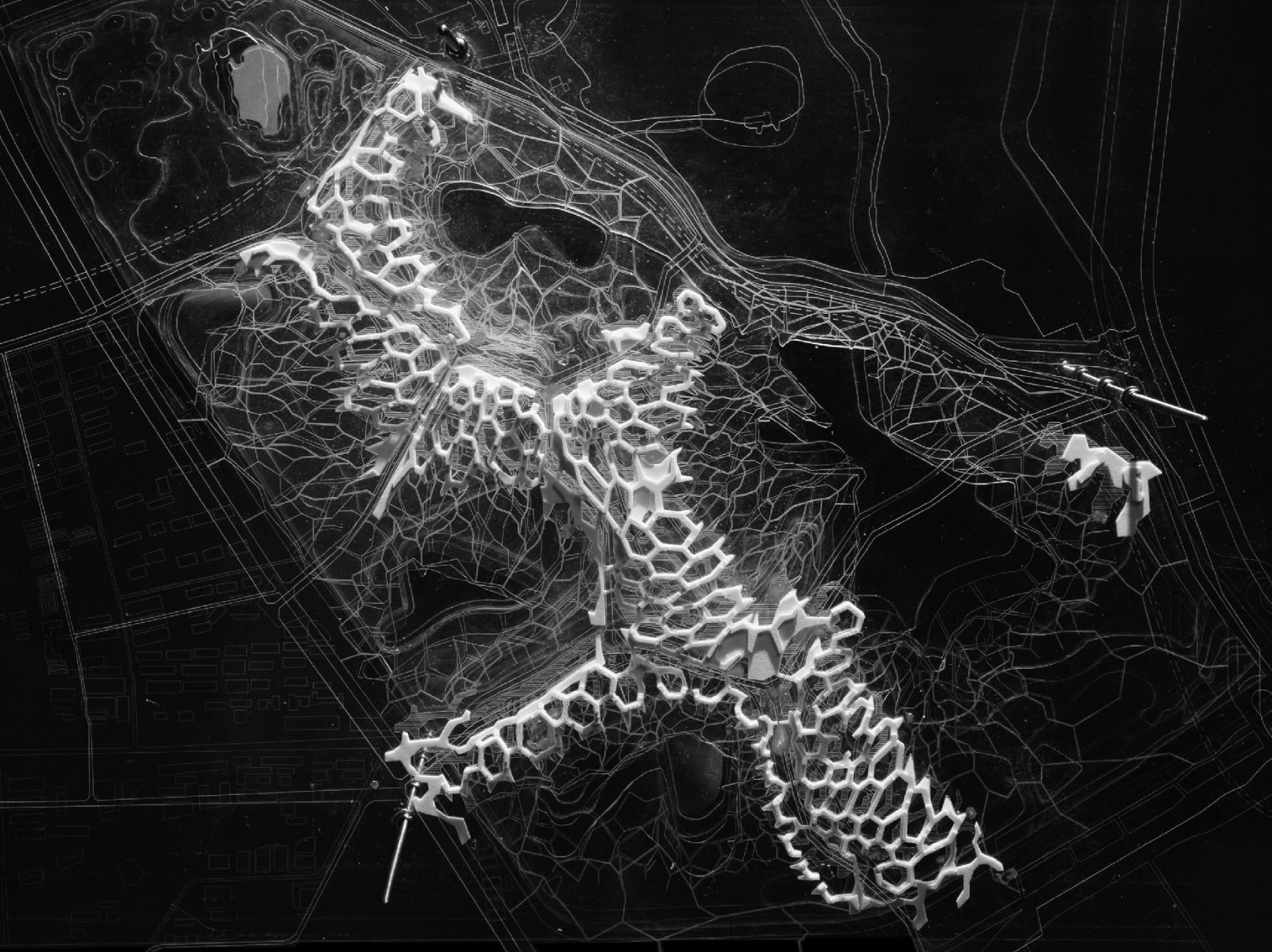 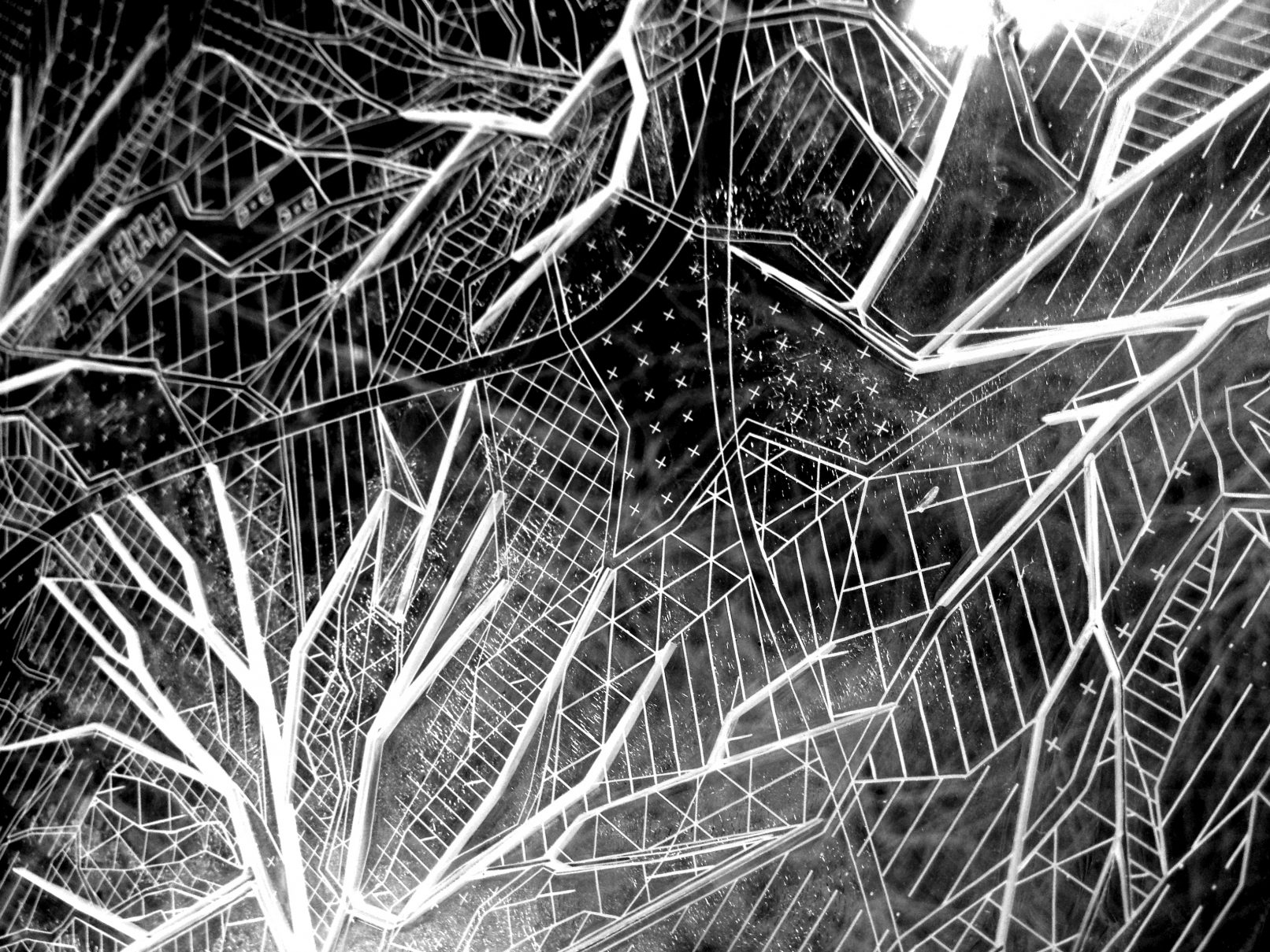 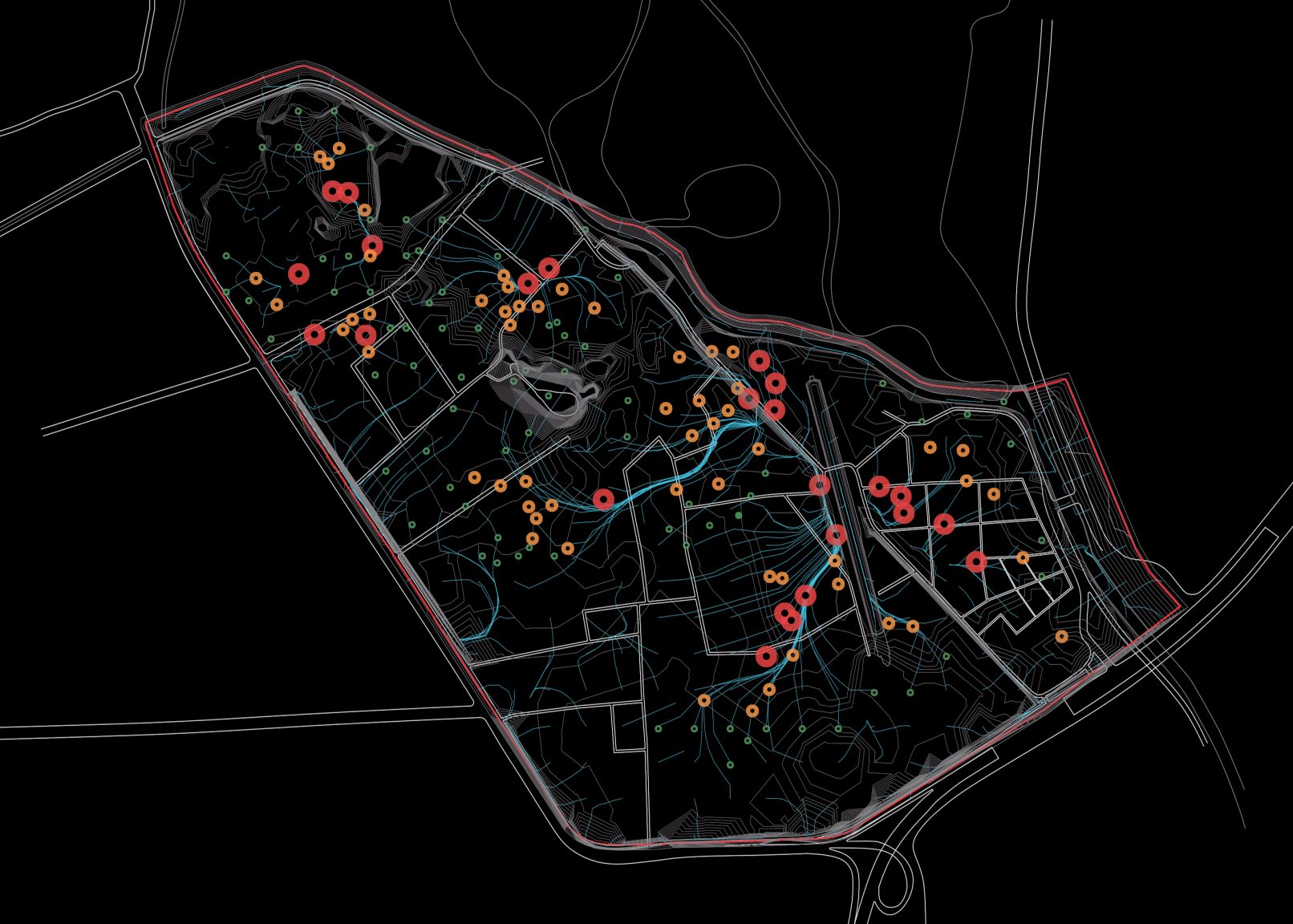 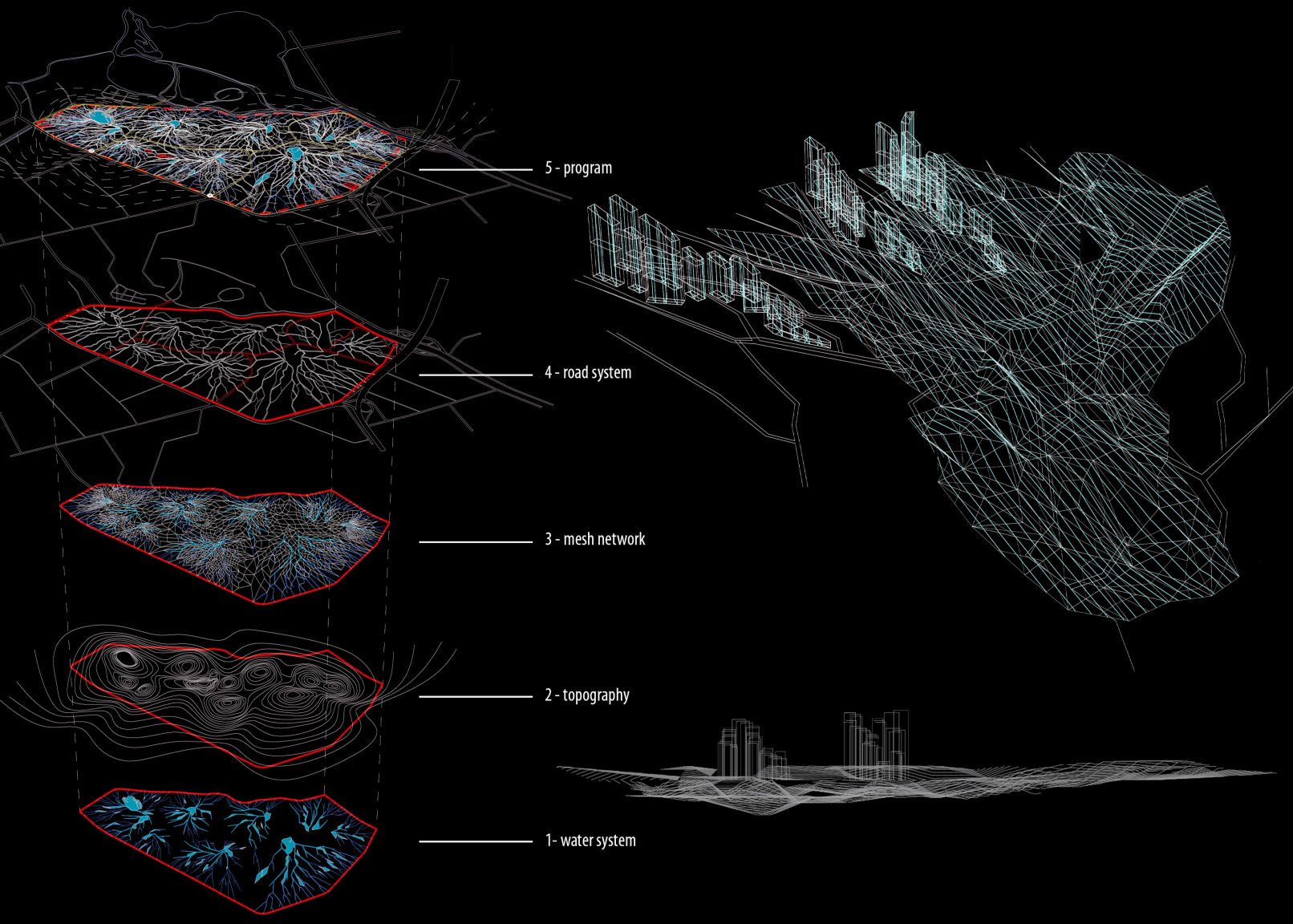 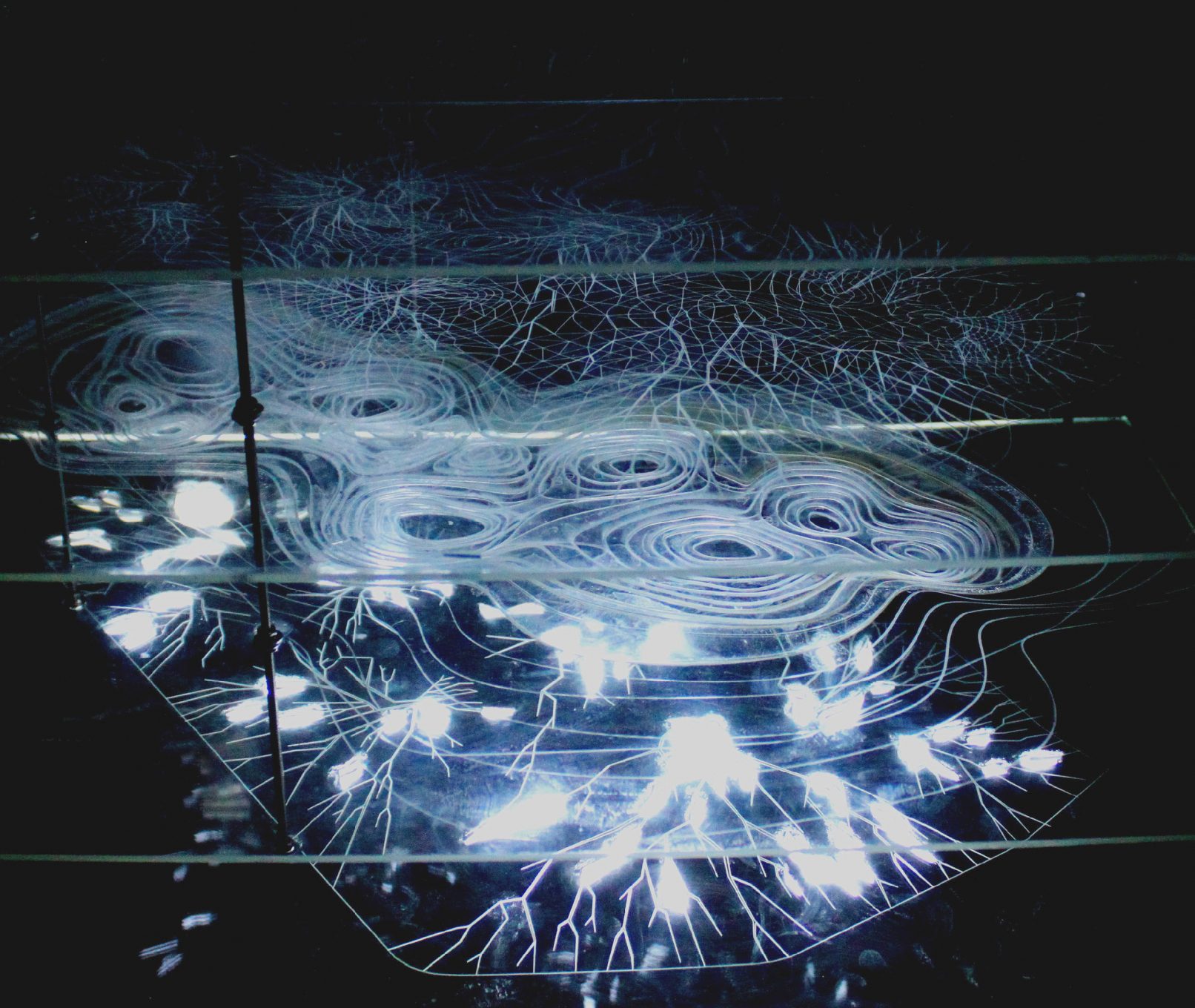