[Students’ Text] [ANALYSIS] —Economy: Nepal is an agricultural country, with 73.9% of its population engaged in farming activities. However, despite this national focus, agriculture only accounts for 29.4% of Nepal’s total GDP.GDP per capita: ranked 165 out of 182 countries and regions. This shortfall has been attributed to lack of technological advances, lack of access to better seeds and fertilisers. Dichotomy: In most agricultural areas in the midst of urbanising, there exists a stark dichotomy between the high-rise of skyscrapers and towering residential blocks, and the low-lying agricultural lands. This singular form of urbanization has resulted not only in a mass clearing of crop lands globally, leaving less agriculture land to feed the world’s growing population, but also oftentimes creating a clear separation between the two distinct and disjointed urban forms within the city. Segregation of Production and Living: At the same time, while developed economies have leveraged on technological advances in attempts to increase agricultural production, these often see the transformation of agriculture into a laboratory or factory-like production, having little to no relationship to the topology and climatic conditions that it exists within. The production of agriculture has thereby completely lost its relationship with the ground it sits on.

[PROPOSAL] — Urban Agenda Project Proposal: Our agenda for a multi-layered urbanism is predicated on the development of a robust infrastructural and productive system as the main support systems through which higher agendas for political and social transformations could materialise. As such, there is a need, first and foremost, to secure the lives and livelihoods of the people by developing an infrastructural system that can manage the rivers, harness them as generative resources and relocate the settlements in flood risk zones. For the Lal Bakaiya watershed to grow further into an agricultural hub, a robust productive system needs to be implemented, with networks linking each step of the productive system to the next. To become a sustainable model for growth, phasing development needs to be planned for, to account for agricultural and industrial development, and the resultant population growth. The strategies that we will employ to achieve this vision are: 1 River Braiding; 2. Plateau Treatment; 3. Agriculture; 3.5 Phases; 4. Spatial Adjecency / Programmatic Allocation; 5. Road Development; 6. Residential; 6.5 Expansion Model. 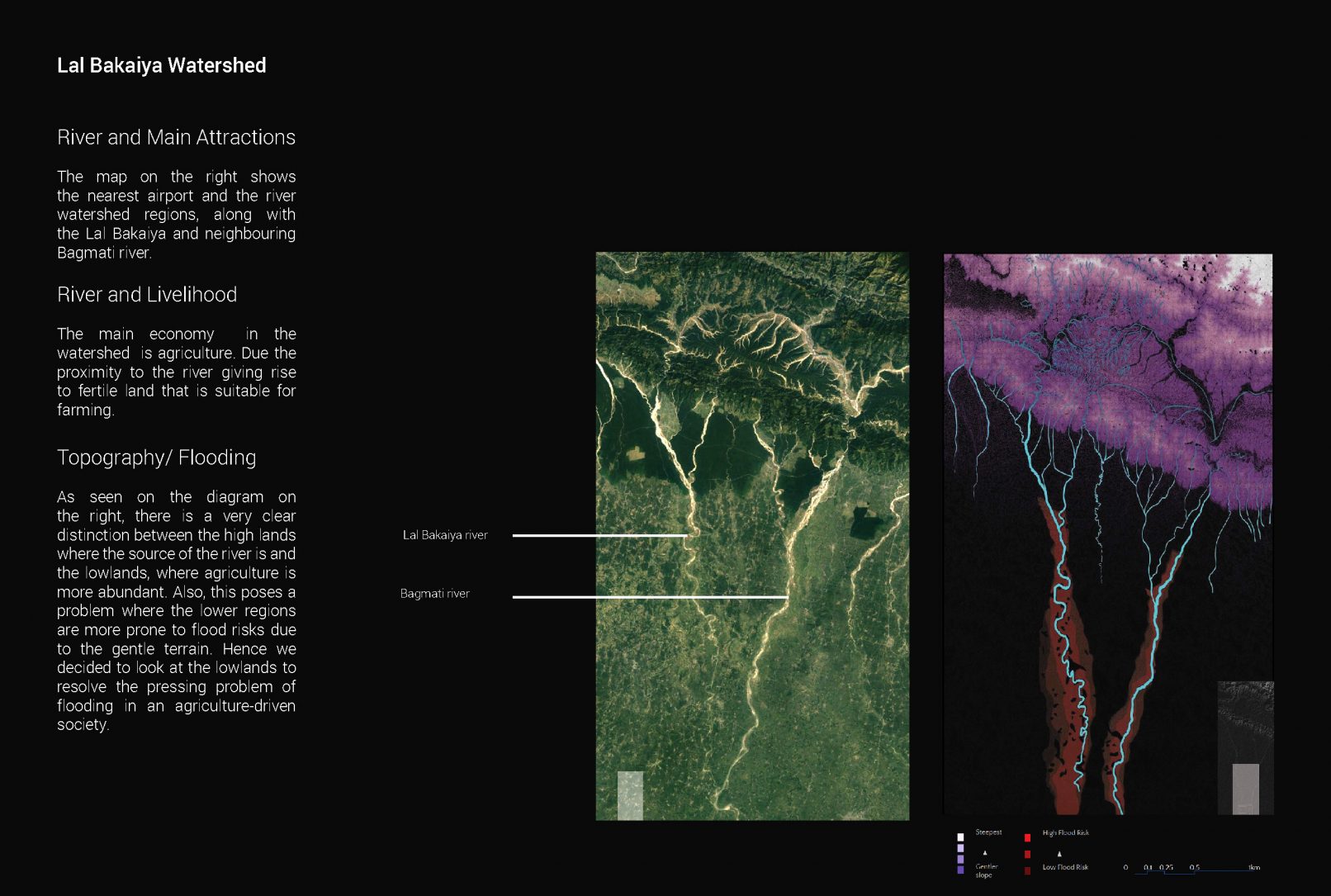 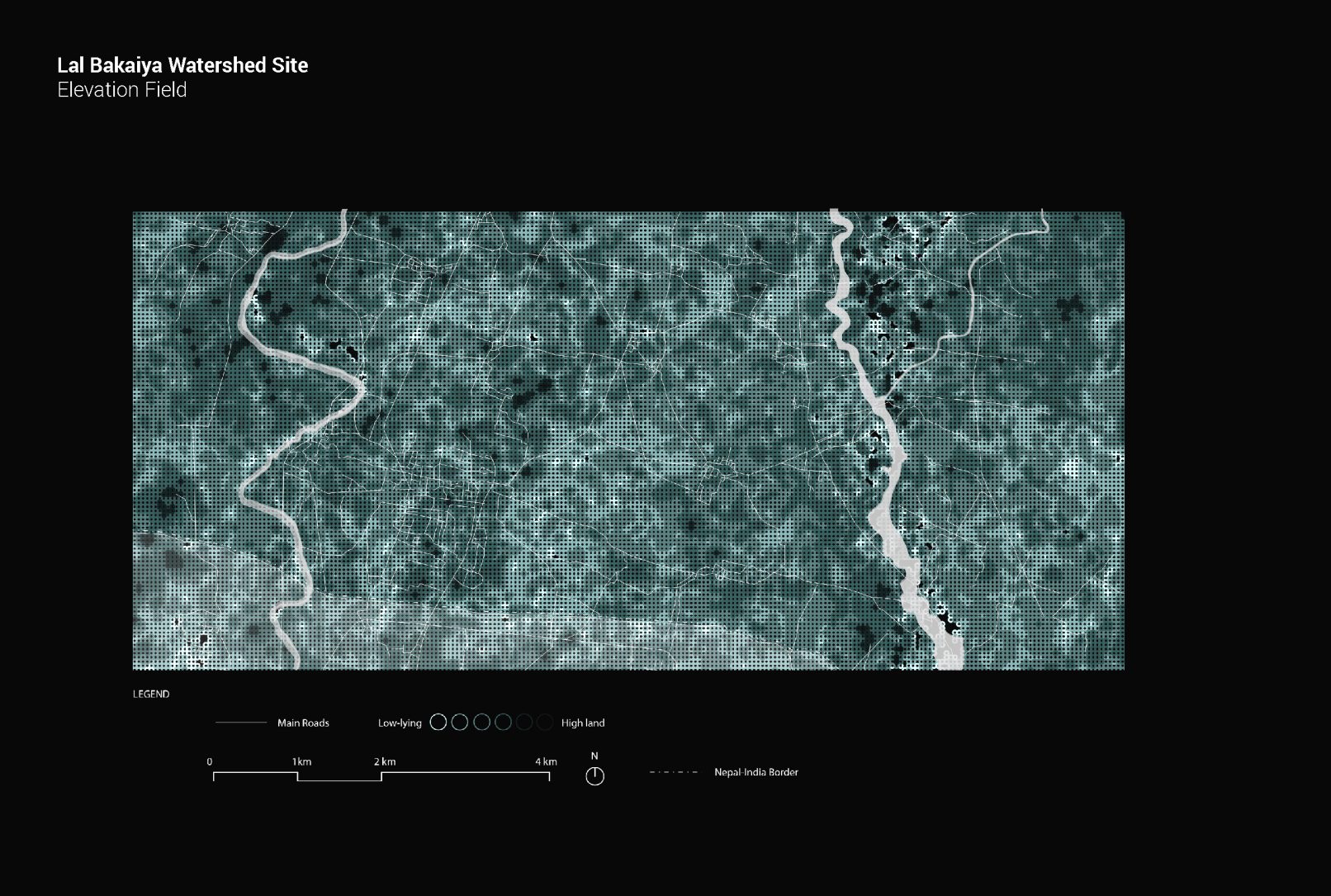 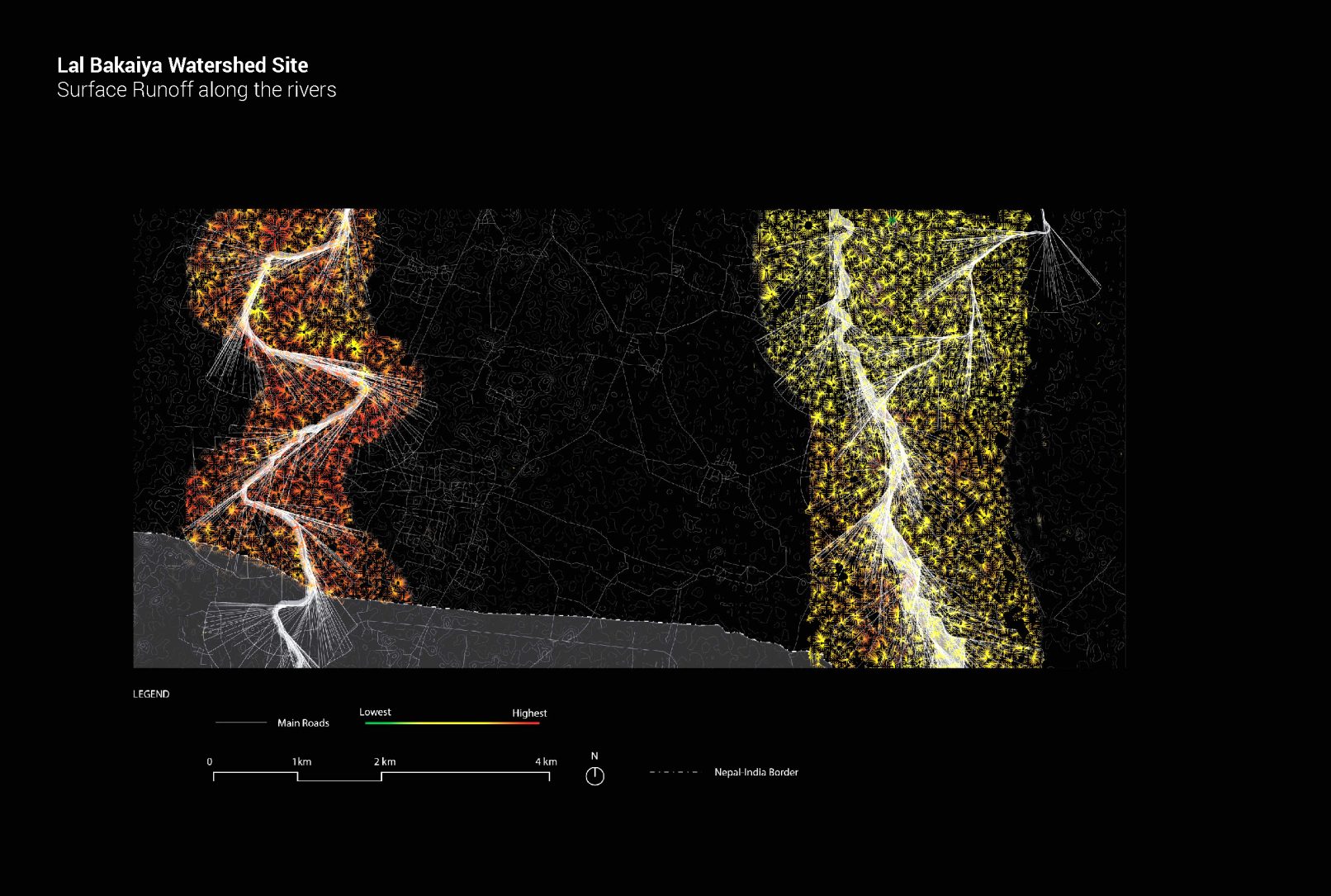 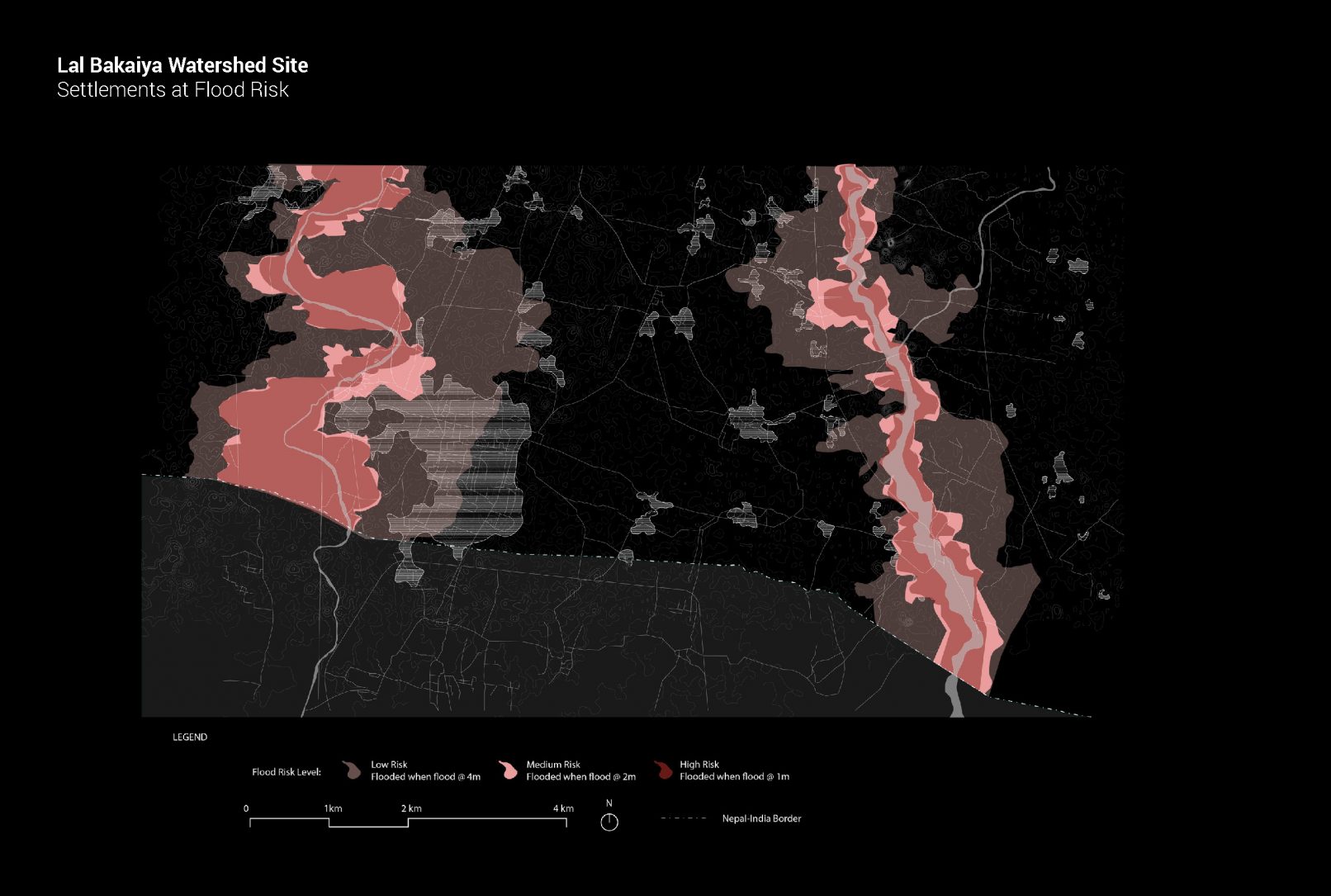 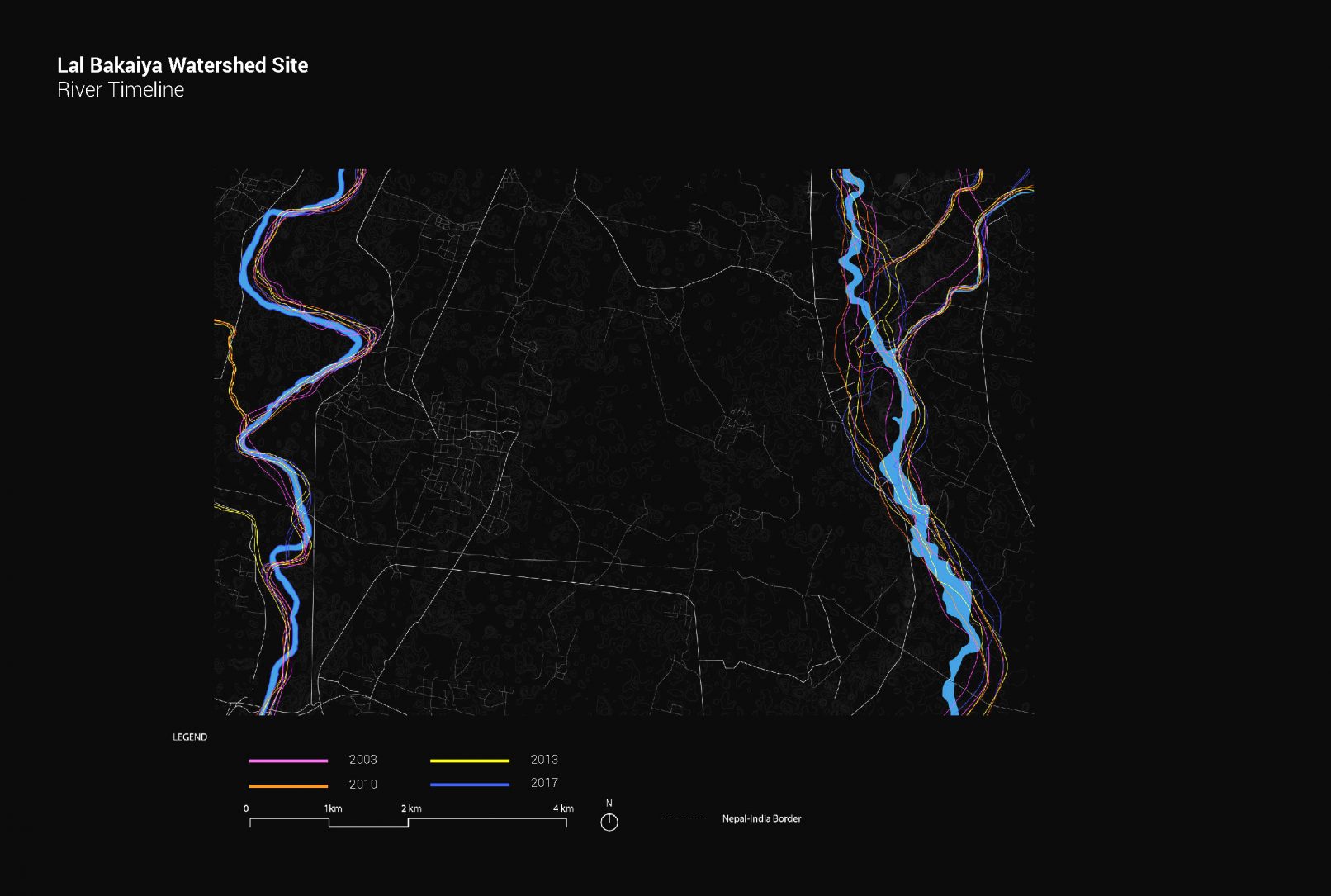 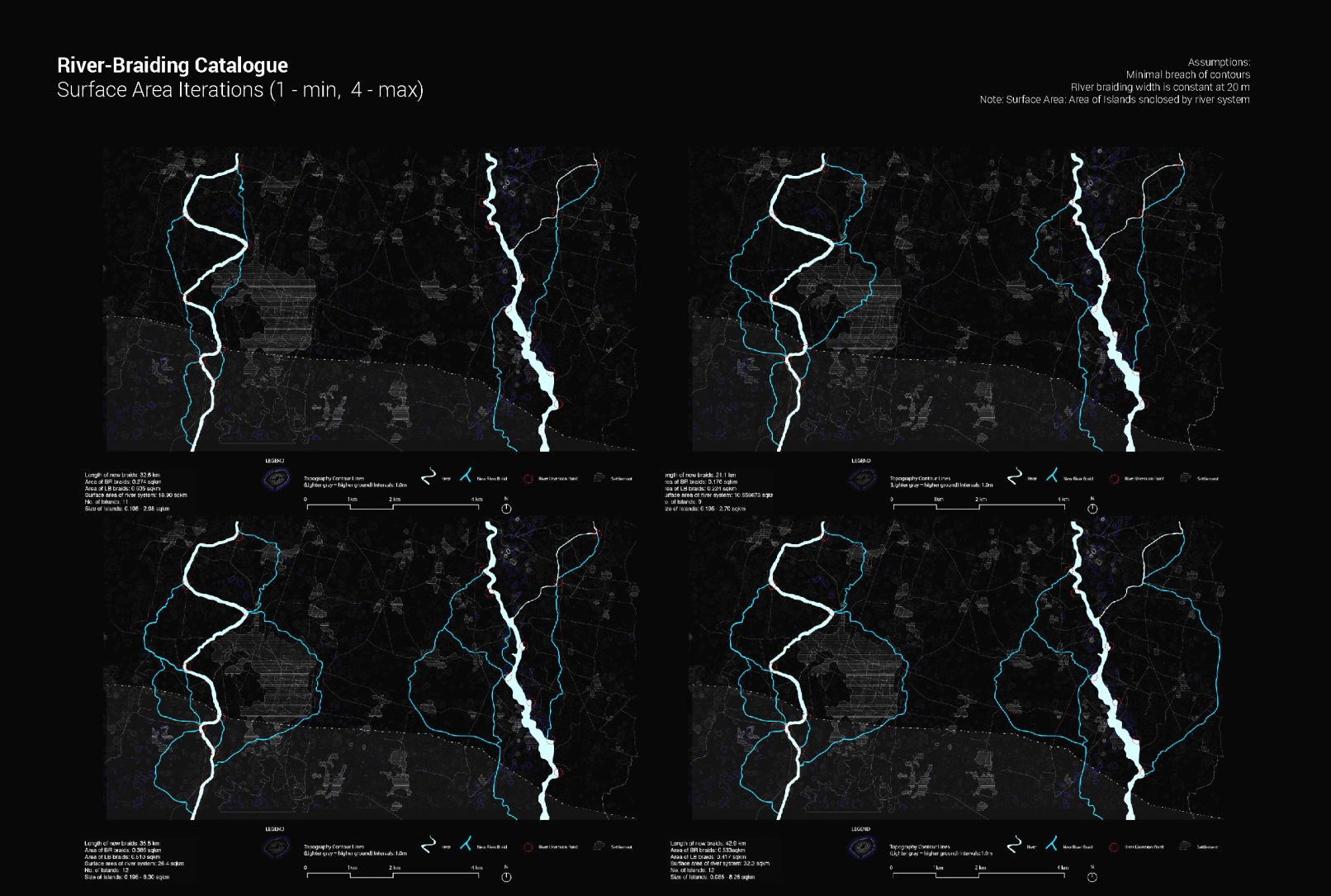 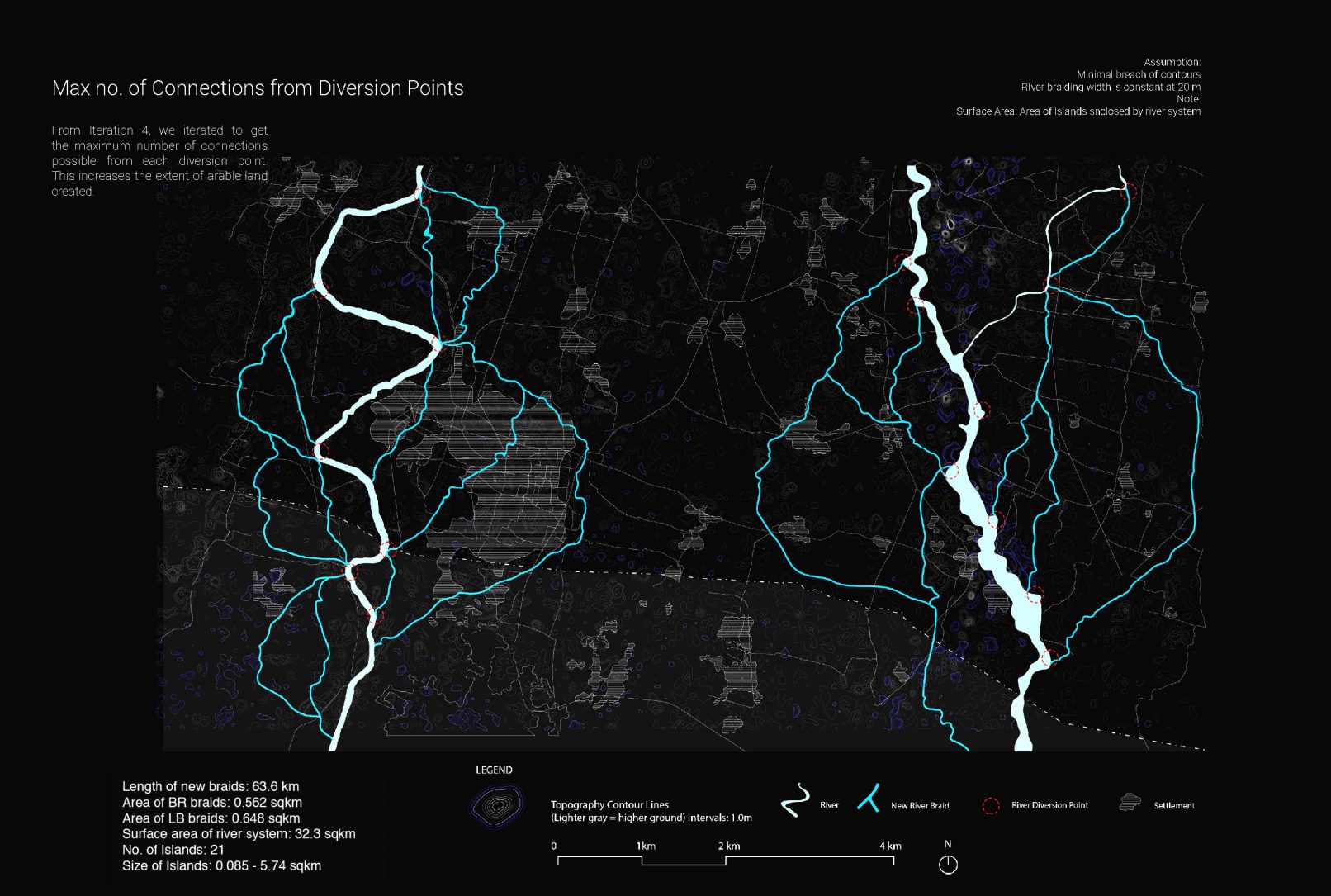 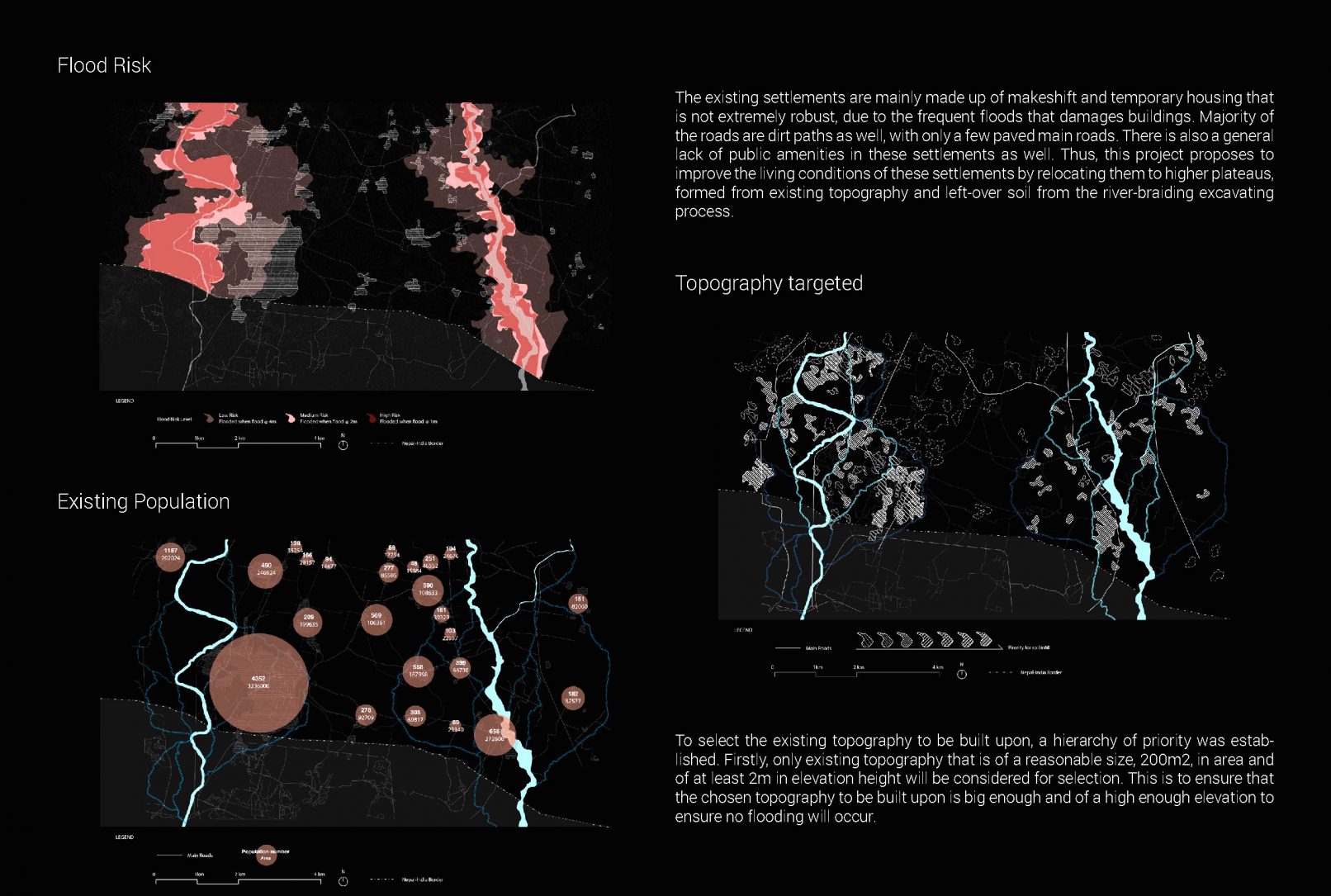 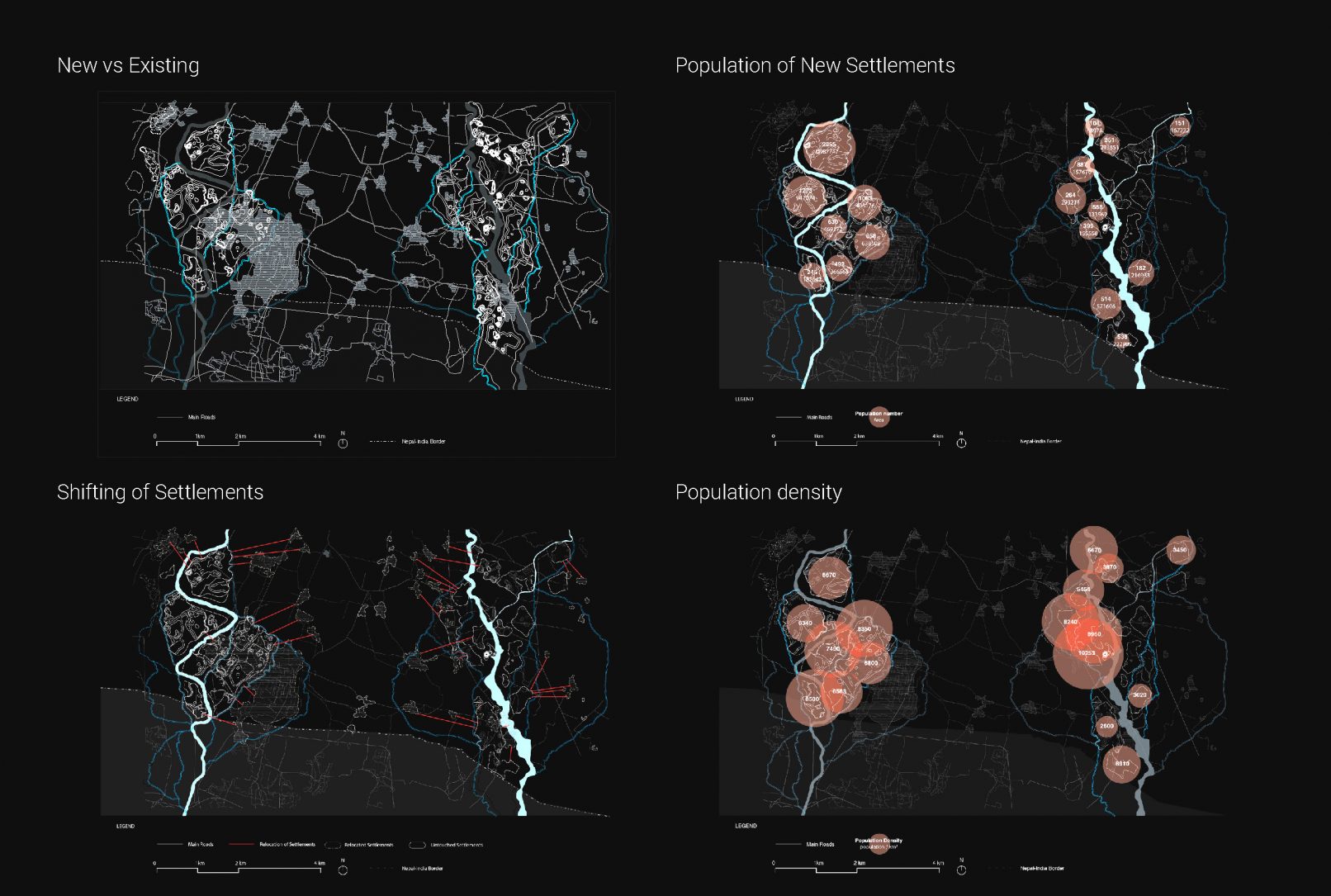 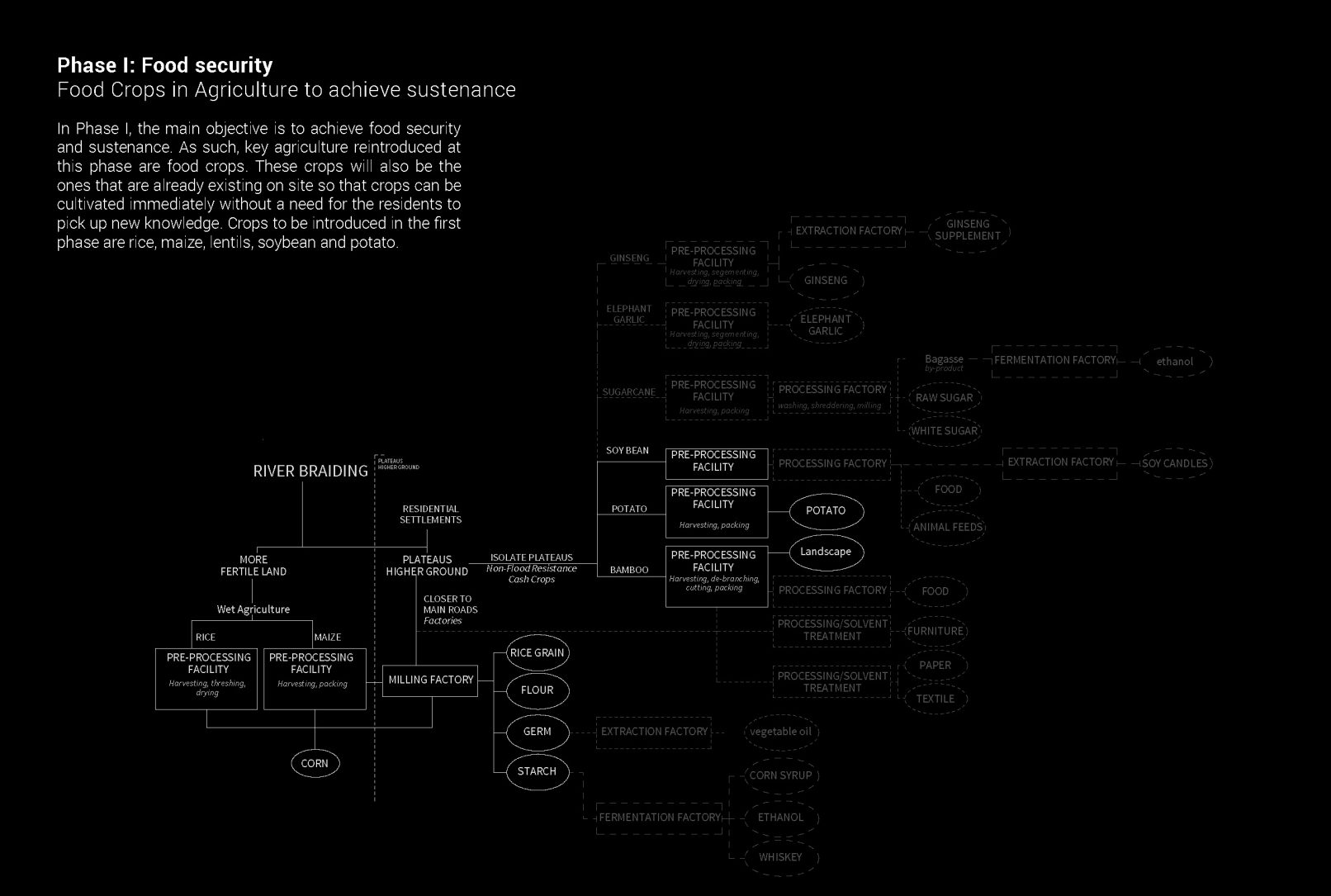 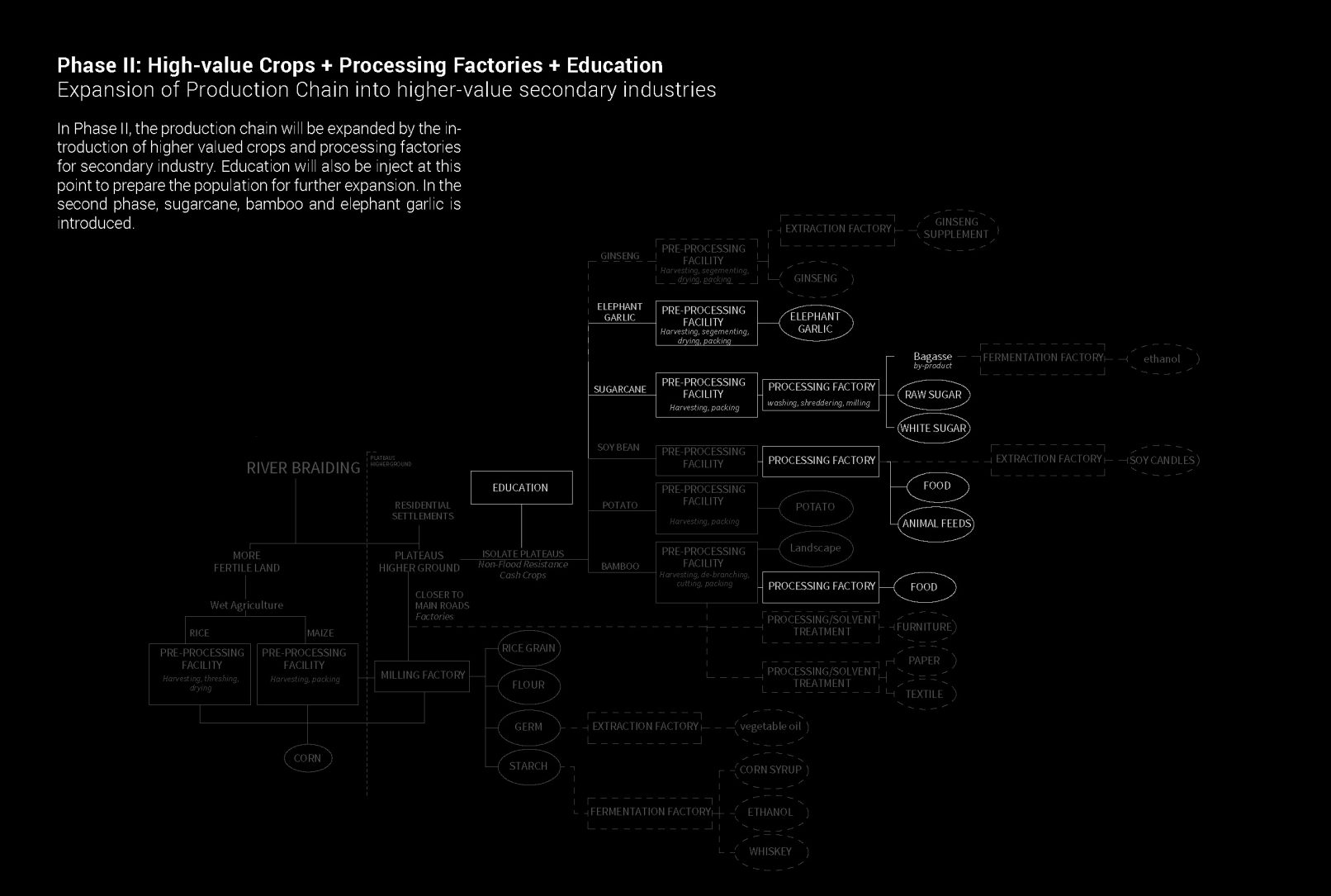 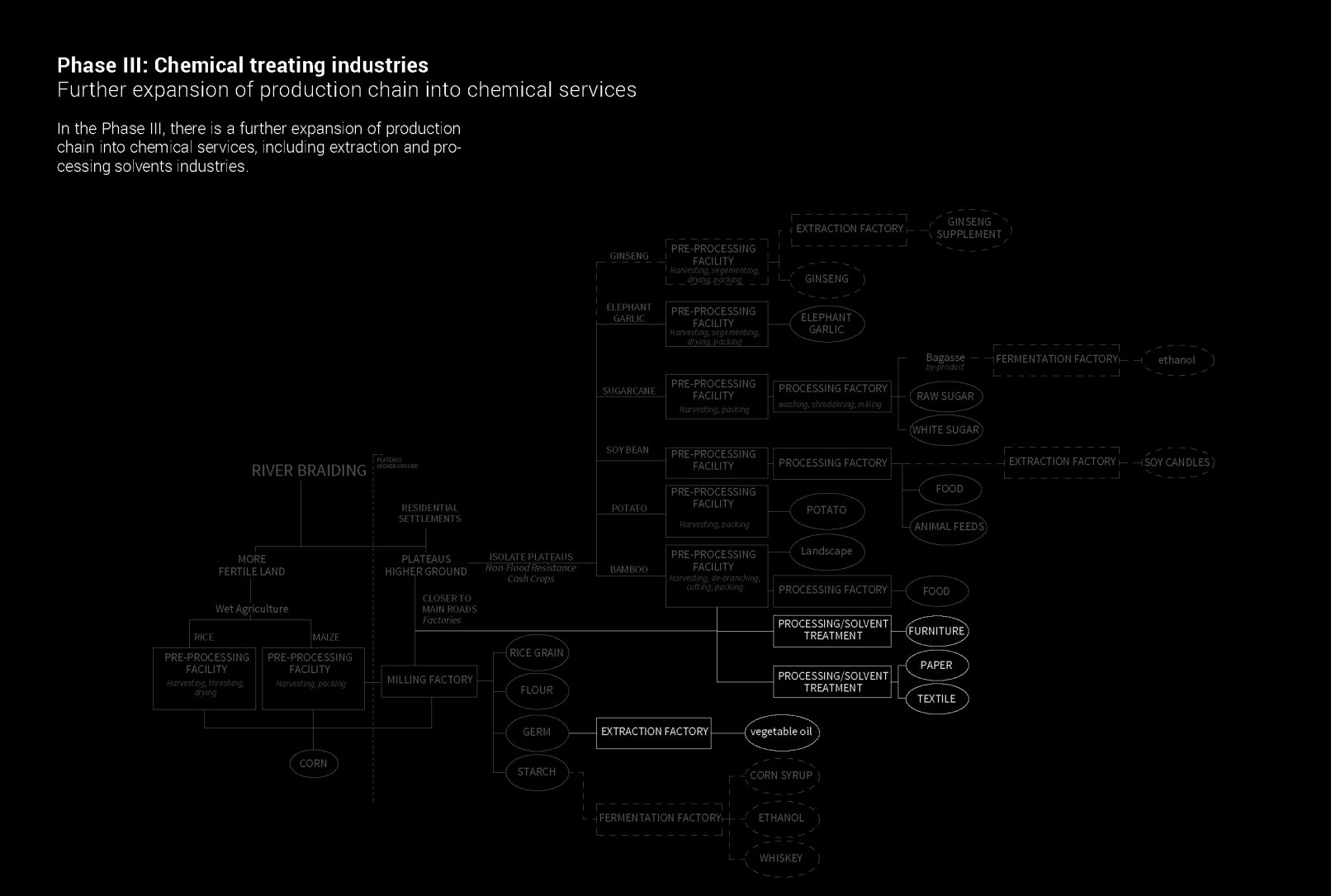 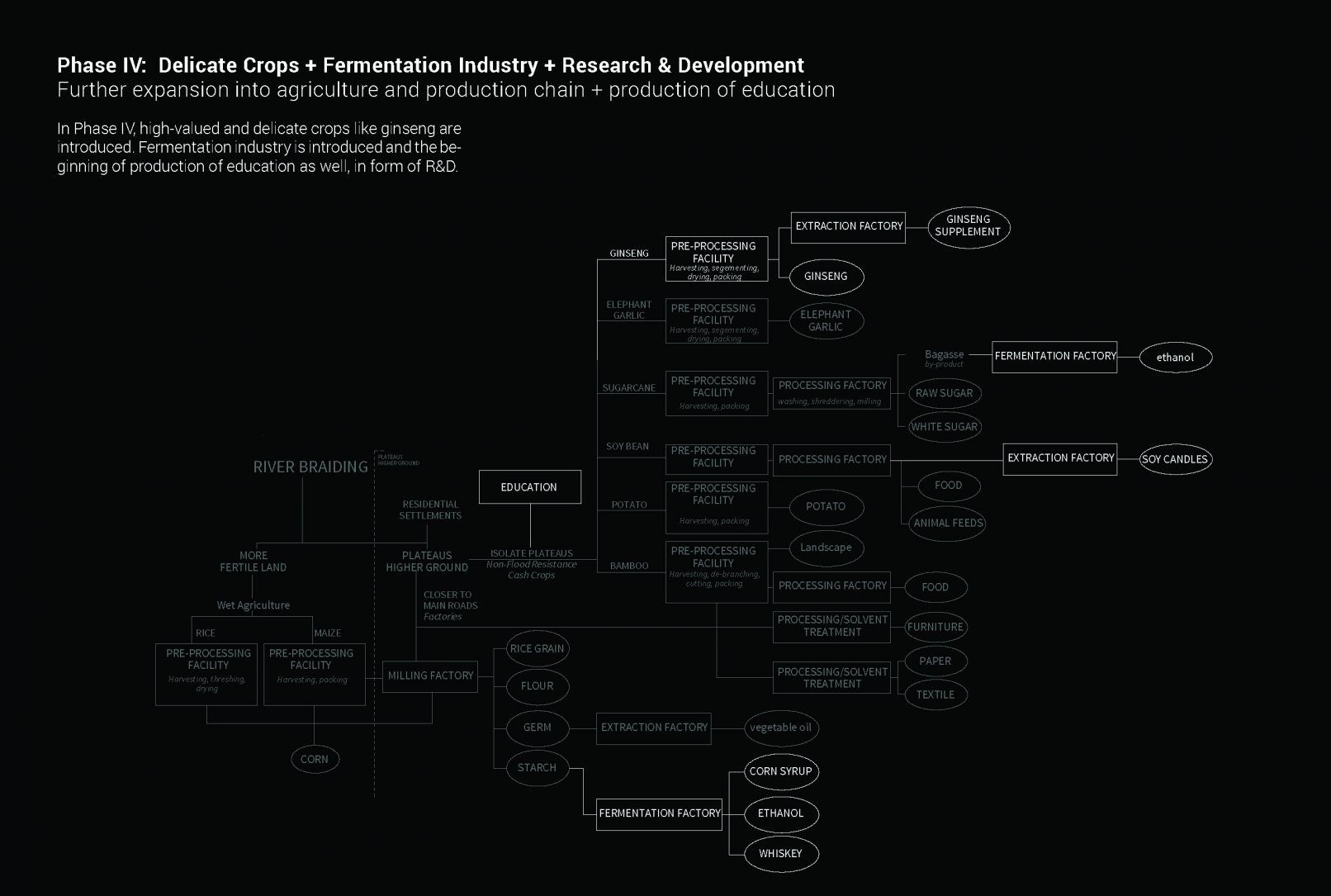 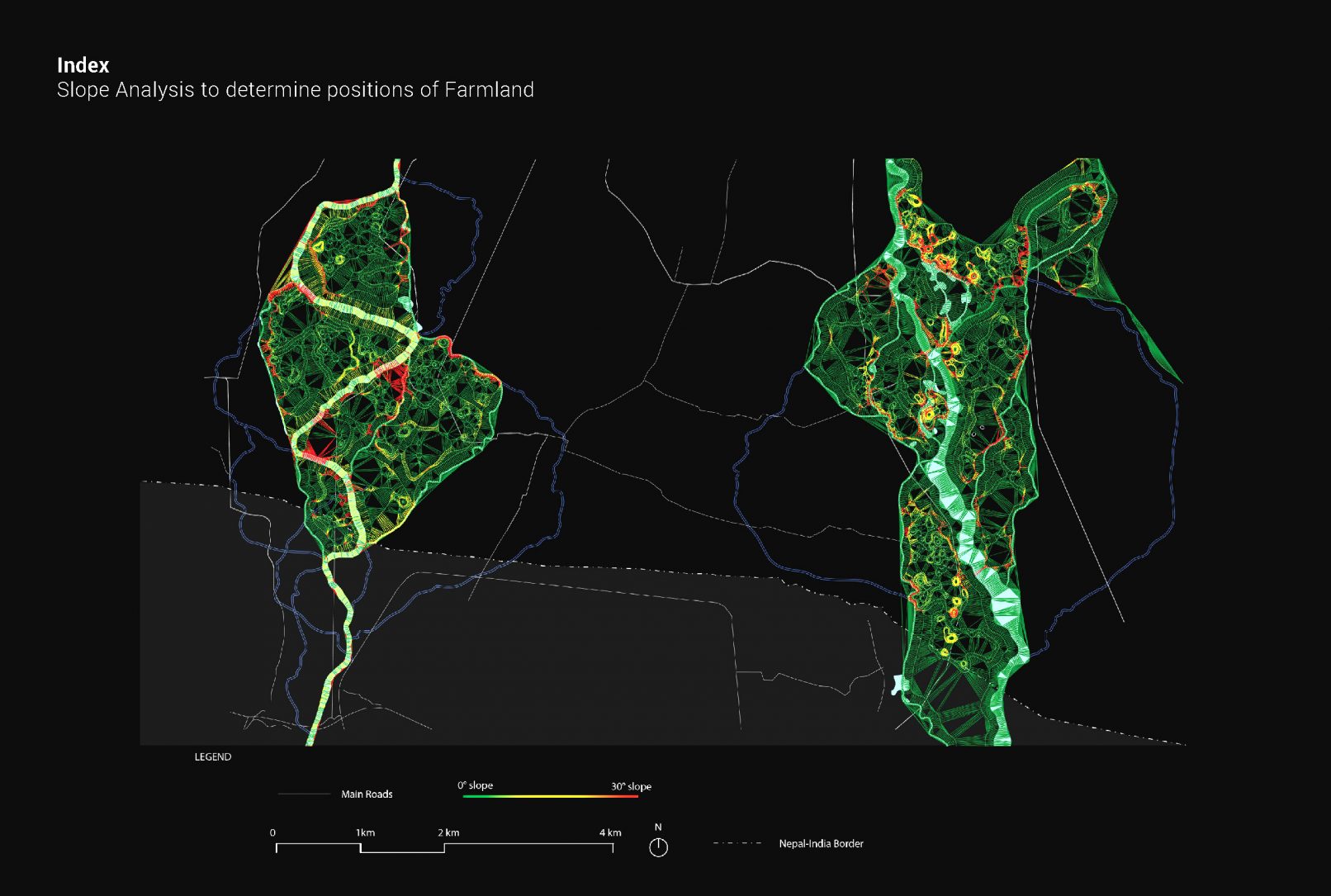 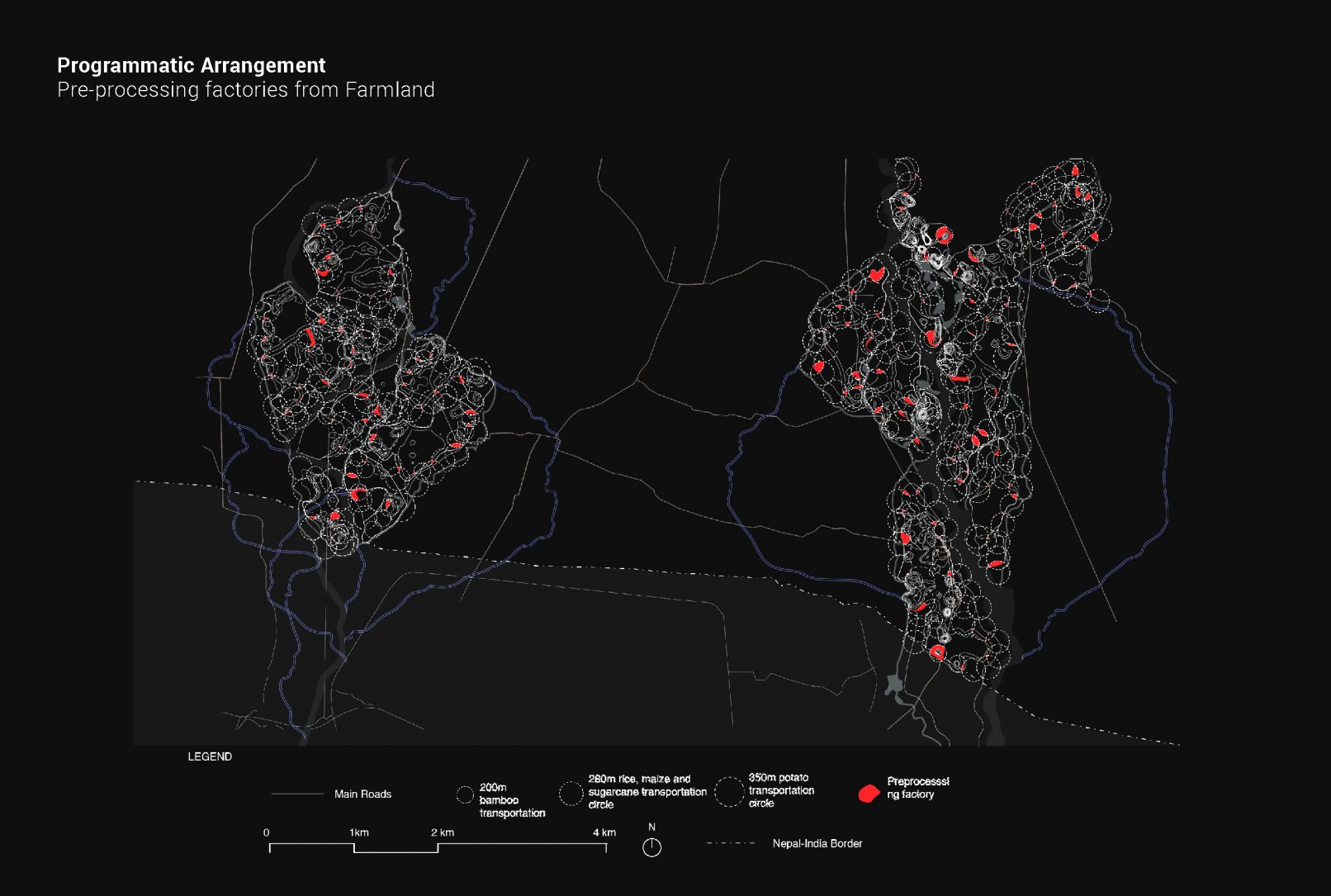 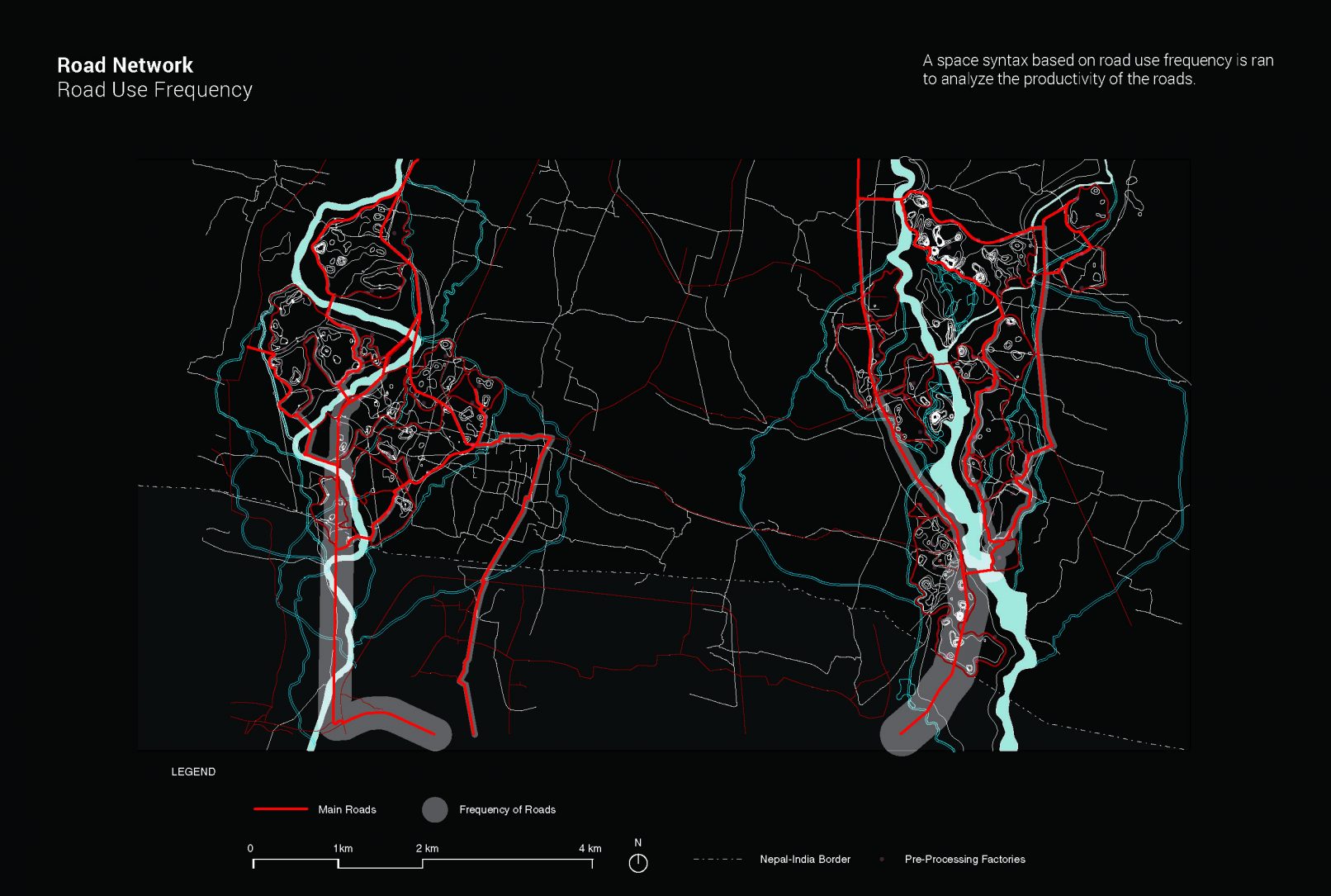 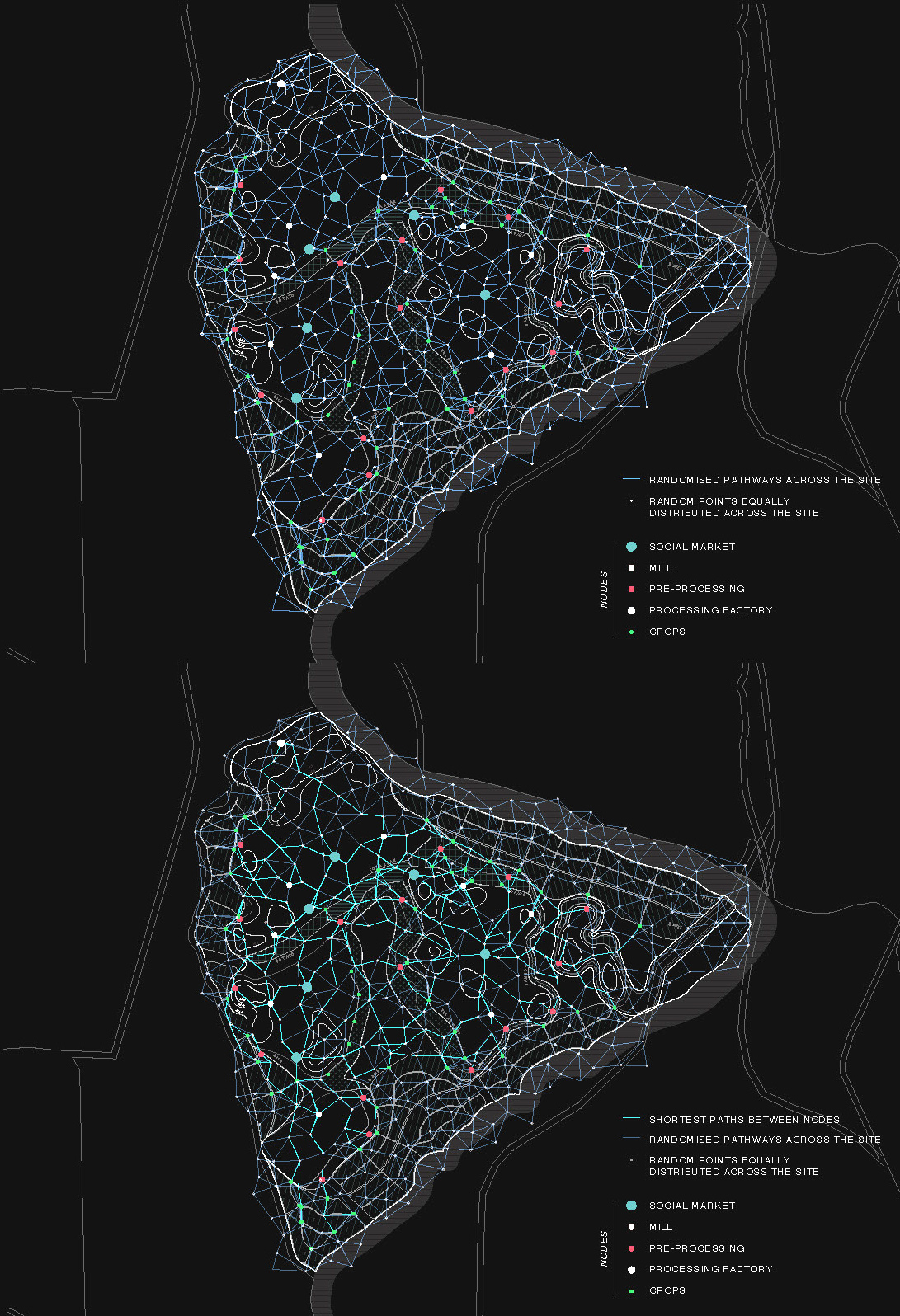