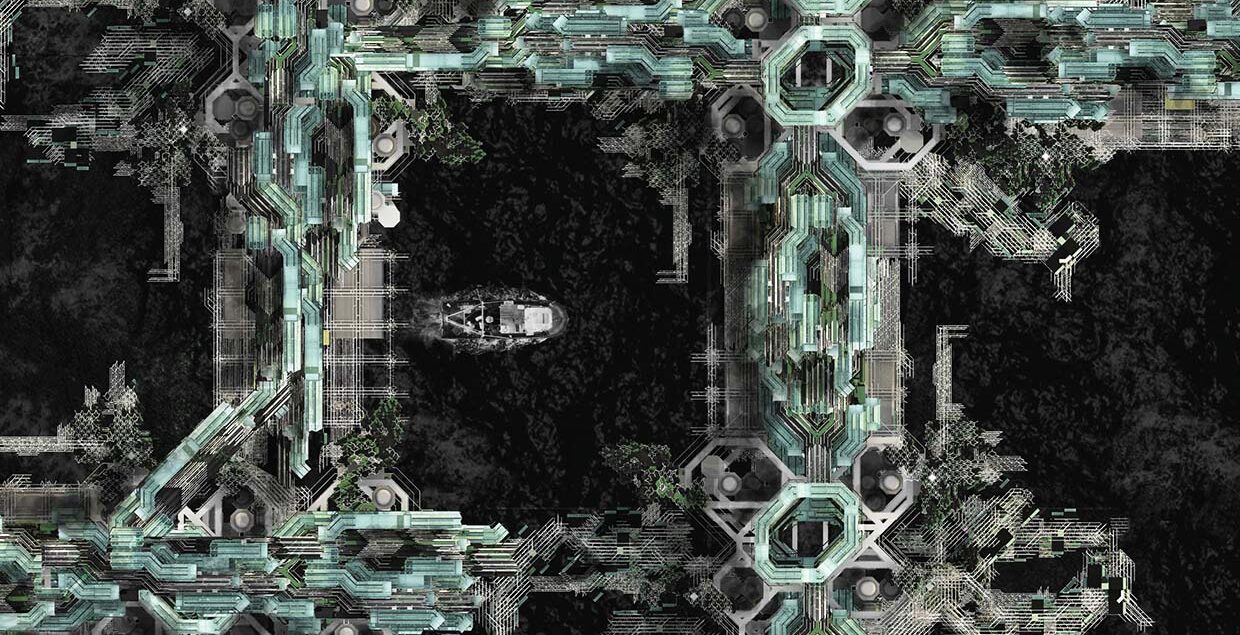 formAxioms’ exhibition: “Speculations on modes of living: INHABITING NEW FUTURES” – located at the National Design Centre  – Singapore, open from the 12th of January 2023. The exhibition presents the work done by formAxioms researches/students and developed during academic years at SUTD, it is part of “Circular Futures: Next Gen”, curated by Artacia.

formAxioms’ work is paired to Carlos Bañon’s AirLab’s research, a take on up cycling plastic through digital fabrication.

Come and have a peek at our videos and vr environments on:

Within this exhibition we are presenting the speculative futures generated by the formAxioms designers’ team within the last year -as part of their master thesis work at SUTD.

The investigation focuses on modes of adaptation to extreme climatic changes, specifically that of the sea levels rise. The work devises strategies of co-operation and co-inhabitation in the oceans, with a shift from “design” taken as a process to deploy “objects”, to “design” as a process to fabricate processes —strategic/tactical, resilient in the in the long run. We must start thinking the territory not as the material surface controlled by national sovereignties and private agents but as a re-combinable network of agents, thinking new types of productions, of logistics, of inhabitation, by new models able to forward the idea of different futures.

We look into aggregative strategies for a community to be self-sustainable in time, to grow and shrink keeping its constitutive principles; the principles that form its form and the processes of production and consumption shaping it (its metabolism). The goal is to define how such aggregation could be set in water to grow in time through patterns whilst maintaining valid its founding ethical principles.

The sequence in display herewith is articulated through 3 defined sections which accordingly relate to 3 different stages of the work:

The boards synthesized the research carried out on speculative hybrid oceanic inhabitations, moving scales of interest from the very macro and territorial, embracing research findings to generate a brief that addresses the local scars produced by anthropogenic action -and climate change, to the micro scale of architecture articulation, looking essentially at discrete elements and stochastic operations to produce both efficiency of means and intrinsic aesthetics.

The videos, through which the projects build up narratives and tell stories of both; existing worlds, where our actions, always guided by extreme capitalist desires are fabricating hostile landscapes; saturated environments that can no longer be inhabited as they are,  and Future worlds, where new geo-political and social assemblages are proposed to navigate toward other, more just forms of inhabiting the earth.

The VR demos, where short snaps of such proposed new worlds are displayed to revindicate the aesthetics of a new architecture, that rather than producing landmarks operating within capitalist logics, argues for bottom-up build-ups by the communities, embracing the idea of infrastructure as their very skeleton.