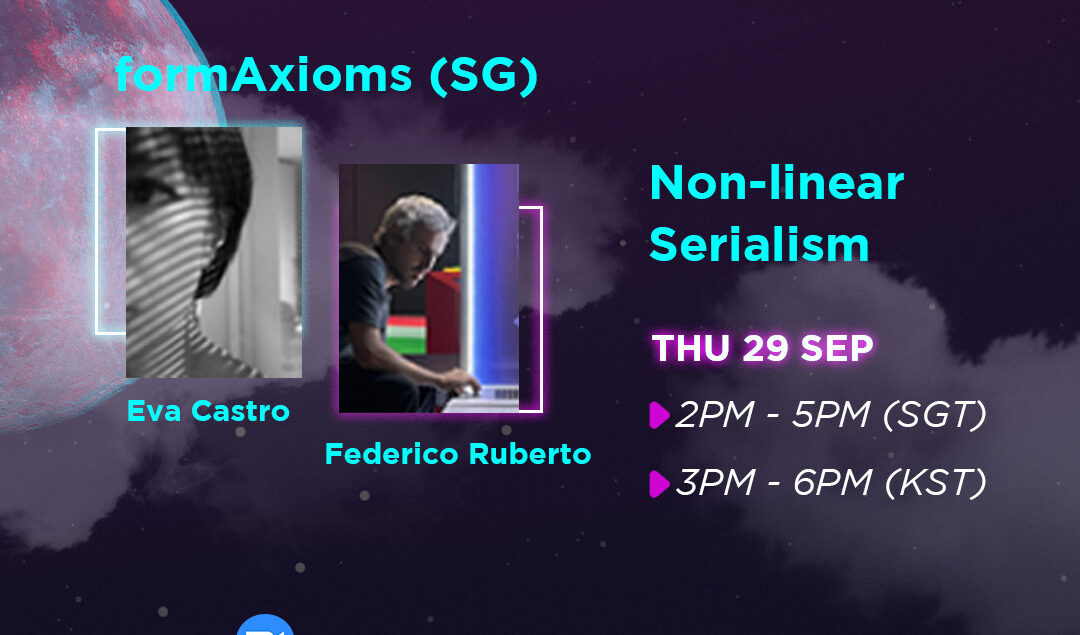 It’s (in-)complete I Its (in-)finite I It’s (un-)connected I It’s unique(-s) I it adds I It sum(mon)s up I It (re-)aggregates I It generates complexity upon the simplicity of the unit I It promotes a distributed way of thinking about form in terms of ongoing formation I It requires the development of a logic of adjacencies and consensual responsibilities I It fosters collaborative efforts in the production of communal environments I … I … I … I The talk presents a case for serial yet non-linear modes of spatial production, advocating for the adoption of the ethics and aesthetics of block-base, “discrete” forms of constitution —digital and physical spaces and modes of interaction.

Formal studies on patterns and rules are conducted iteratively to understand the “divergent” or “convergent”  nature of series. These experiments in “serialised” composition (made of discrete parts, potentially prefabricated) are conducted in order to create an environment, an atmosphere, a spatial domain, a “zone” determined by balancing two vectors: that of “difference” and that of “repetition”. The seriality aimed at here is neither total genericness (the repetition-of-the-same) nor continuous differentiation (the repetition-of-the-different). The experiments are conducted to discover the “right” (right as in “necessary”) tune, the “mood”, the dynamic balance between order and chaos —in other words a complex dynamism. Series shall emerge via rules, by relying on discrete sets of components operating at different levels and utilising various interlocking operations — non-linear forms of organization.

*Prerequisite for the Workshop:

Given the short nature of the workshop participants will no be required to design in-real time, but to follow exercises  conducted through few software — a basic understanding of Rhino + Grasshopper, Unreal 5, Blender although not mandatory is  a +++.

Screenshots from the workshop

“Pluritopia is a part of the joint initiative between the National Arts Council Singapore (NAC) and the Arts Council Korea (ARKO) under the signed Memorandum of Understanding in promoting arts and culture exchange between artists, creatives and technologists of the two nations. Pluritopia – produced and curated by Spang & Lei, is centred on the idea of pluralism. Pluritopia is a portmanteau from “plural” and “universe”; where multiple universes exist, collide, and merge. Pluritopia aims to address the current “crisis” & post-pandemic art and technology landscape through a multi-tier Cloud platform”